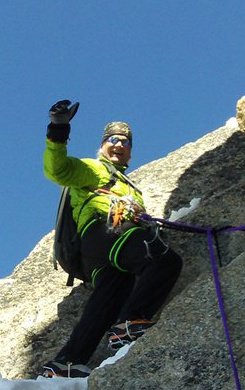 This is a great piece of clothing  but up front I am not a big fan of Patagonia.  I think they are over priced, and the fit is generally terrible.  The fit has always been off...and nothing seems to have changed in 30 years.  Arcteryx is a good comparison...high priced but a great fit in almost every single piece of clothing they make.   The Atom Lt is one of my favorite pieces of cold weather clothing because of the fit. 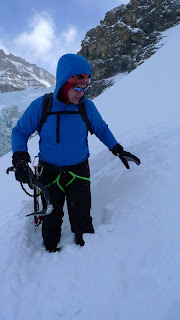 Atom Lt in the Icefields in Nov.

I bought two of the Nano Puff Pullovers on sale this winter.  One for a buddy's BD present and one for myself.  If I had known just how good they were I might have given my buddy a decent bottle of wine instead of the Nano!

The best thing I can say about Patagonia is they have a stellar warranty and refund policy.  So no question what you buy will either live up to your satisfaction or you can get you money back or do an exchange.  I've done both in the past but generally stay away from Patagonia clothing because of fit.

In the last year I have had two different pairs of Micro puff pants...neither size fit.  One of  the other pieces from Patagonia I used this winter was the Hooded Down Sweater.  Which I liked a lot except for the fact t was down.

I wouldn't be writing this one up if I didn't think the Nano Puff was truly a stellar piece of kit.

Like almost any light weight piece of clothing I use the Nano Puff as part of my layering system.  With the Nano it is generally used as a wind shell or over layer.  When it is warm enough I'll use it as an wind and insulation layer over a thin R1 hoody or collared R1 layer.  The R1s are another excellent piece of kit from Patagonia.   They also fit much better than the norm. 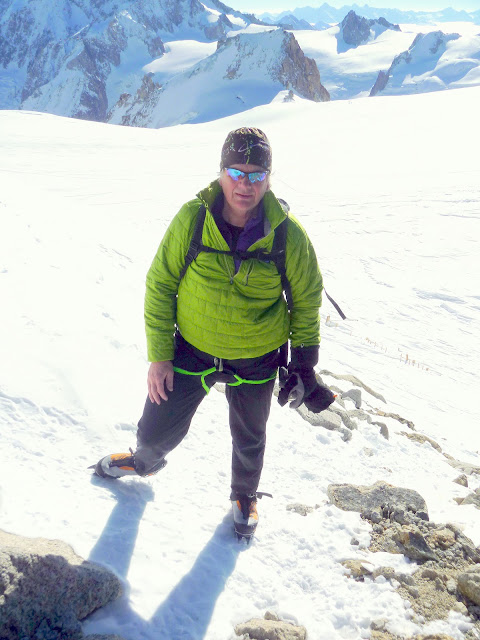 Nano Puff Pull over used with a R1 pullover.

In cold weather I'll use the Nano Puff as a wind shell and additional insulation layer over an Arcteryx Atom Lt hoody.  Awesome combo that gives me 100g/m worth of insulation while still keeping the extra breathability of the Atom Lt side and under arm panels.  Easy combo to climb technical ground with. 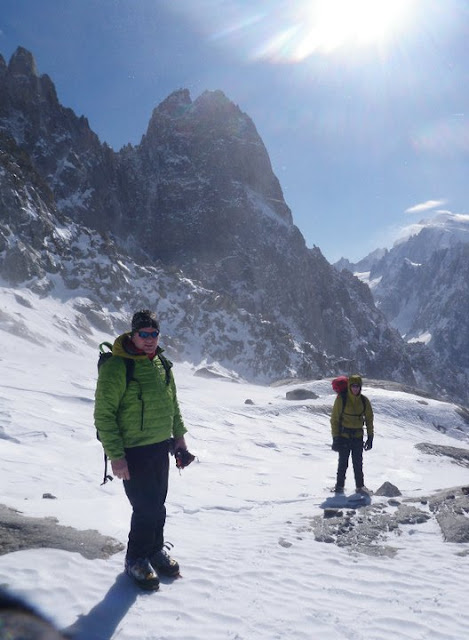 There were only a couple of clothing items I wore almost every day in Chamonix late this winter and into spring.   We had temps of 0 and -25C between storms and brilliant sunshine.  The Nano Puff pullover was one of the few pieces of clothing I had with me that was versatile enough to use at both ends of the temperature extremes.

Sadly the Pull Over version doesn't fit me the same as the full zip or hooded full zip.   The Pull over is the only one that I think fits well enough to buy.   I'd own one of each  of the others if they did actually fit.  Even in my XL size  this pull over  jacket packs up super small and adds way more warmth than expected for the thickness of the insulation. I really like climbing in this rig.  It breaks the wind and adds enough insulation to make even a cold day in the sun super fun.  At the moment I own one...the bright green shown here.  But it won't be just one for long.   They don't take the abuse of rock or sharp objects well.   Next time I get the chance I'll find and buy another on sale.   This is a piece of clothing anyone can use and one worth throwing in the pack anytime you head above treeline.

Not many pieces of clothing I get really excited about.  The Nano Puff and the Atom Lt make an unbeatable combination for alpine climbing...and other fun, cold weather things as well!

Labels: clothing, what works for me

Dane, How did you find the Nano Puff shell material in terms of abrasion resistance and breathability? I was thinking about getting one to supplement my current gear: R1 Hoody & Wild Things 60g Primaloft jacket. I get that you wear the Nano over the Atom LT because the Atom is more breathable w/ the powerstretch side panels. Would the Nano not be breathable enough as a mid-layer under a Wild Things EPIC jacket? Don’t you find that a Nano sized to fit over the Atom Lt is too big when worn over just your R1? Thanks, Bill

I agree on some points - I pack my nano everywhere, patrol in it, BC ski, climb. Unfortunately, I am sure it won't last. The material is so light that after a season it is starting to wear. The fit is horrible compared to the down version: sleeves too short and too trim for my "big guns", hood is a nice size though it could use an adjustment bungee across the back. My biggest gripe: it has all the odiferous attraction of the original capilene.

Hi Bill,
Abrasion resistance? None of the super lwt shells, insulated or not are worth much. You'll eventually shred them if they touch rock or gear. The reason I am using sysnthetics here.

Breathability? The Nano is decent in cold weather like we had most of the trip. I haven't used it as a mid layer really. Only an outer layer so can't answer that one for you. I have used it and a Atom lt under a Atom SV or a MEC Tango...but that doesn't really count as it was damn cold at that point. Having a mid layer breath there wasn't a priority :)

Take a look on the C/T tool page. Picture of Colin on the top of Denali using an orange Nano as a outer shell. I just copied him.

Sizing? Patagonia sizing sucks for me. I can use a Atom Lt in a Lg for technical climbing over an R1 hoody and couldn't wear a Nano Puff in a Large and climb in it bare chested. The Xl Nano is huge and makes me look like a tank but gets the job done. And breaths better by being a little too big. I may be a tank but I am a small tank :) Find a Nano on sale...it is worth the price of admission. You'll figure out a way to use it in your system I suspect. If not you might actually change your system to work around it.

Obvious winner with what I was already using and added some options for slightly warmer (but still cold) weather.

I've been taking a long, hard look at the Atom LT vs Nano Puff Hoody and just can't get over the atrocious fit of the Nano: waist too big, sleeves too short, torso too short. Whereas the Atom is virtually perfect.

Still, I generally agree with your opinions so this might be the breaking point and I'll need to try one out!

Re: fit. What do you mean when you write "Sadly the Pull Over version doens't fit me the same as the full zip or hooded full zip" What is the fit difference? Which do you prefer?

good review Dane. Have you used anyting like the Arcteryx Sqamish windshell or Patagoia Hudini to cut the wind? Just wondering what you thought about using something like that in you system. How do you like your MH hydra gloves?

"Re: fit. What do you mean when you write "Sadly the Pull Over version doens't fit me the same as the full zip or hooded full zip" What is the fit difference? Which do you prefer?"

Fit is different in all three from my perspective. As dismal as the pull over fit is, it is actually the only one I can use and climb in.

"Have you used anyting like the Arcteryx Sqamish windshell or Patagoia Hudini to cut the wind?"

Been using a Sqamish pull over for a year now. Wore one into Andromedia in Nov. Just too cold most of the time to use it on this trip very much, so I generally left it in town. Tough making good clothing decisions on this trip.
Big change in temps between 12K and 3K elevation. Or from 12K to 10K actually.

"Just wondering what you thought about using something like that in your system."

LWT shell is a big part of my system for more moderate temps.

Generally I love the Hydra. This was the first time they haven't been warm enough. I ended up climbing in the Typhon a lot because of it. I'd start out in the Hydra and if we got slowed down by new snow (which happened almost every climb) I would generally end the day in the Typhon because of cold hands.

This from a guy who seldom (like never) has cold hands.