The durability of ice tool picks? 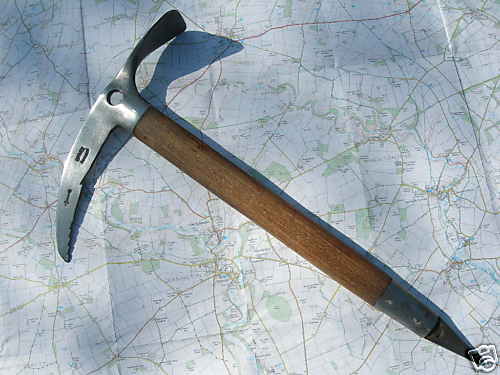 This is just an observation not a condemnation of any manufacturer's gear. I have a reputation of bitching on the blog about every one's gear.  This is just a reality check.  Ice climbing gear breaks and bends and fails.  It is also a reality check on what is acceptable and what is not.  This is the kind of stuff you expect to see from differing manufactures.

When you start measuring there is always going to be someone who comes out on top.  Fact of life.

I had a chance to visit with a lot of climbers and manufactures this winter both in NA and Europe.

I have made high quality picks for my own tools and BD tools in the recent past and still make the Petzl lwt weight hammers.  My real job involves working in metal every day and making a "better" pick is no doubt the most difficult project I have taken on in that arena.

This is a commentary and photo essay of what does happen to picks.

Everyone, if you climb enough, will eventually have a pick failure.  I have broken tools but never broken a pick.  I have how ever bent any number of them, starting with the Terrordactys. 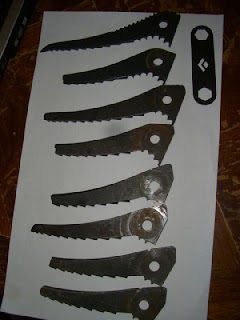 Photo credt to: Eric Dumerac photo from Grav Sports of BD picks going back several generations and a decade or so.  BD seems ot have solved that problem with a redesign of the picks last winter
('09/'10)

Then my partners started bending Grivel picks as they switched from BD tools to Grivels five years ago or so.  And finally I bent the last generation Petzl picks on this trip.

That was a new one to me.  But then I have never really put any effort into dry tooling either.
Come on I still have an adversion to putting good steel on rock instead of ice.  Old habits die hard :)

I had heard of it happening but never thought I'd actually see it in person.

The pictures below come from  Jon @ http://climbs2high.blogspot.com/  Pretty much what mine looked like though before I took a hammer to them in the tunnel on the Midi.   They (Jon and crew) generally bend them by doing figure 4s off the first couple of teeth while on full body weight upside down.  I try to never to get upside down!  I did the same by pulling full weight (200+#s ) on my Nomics in some knife blade crack in the alpine..  Having a hammer is critical to straightening these guys out.  But easy enough to do even in the field.  Blade is never going to be the same again though.  My bent ones are now straight but used only for dry tooling at road side crags 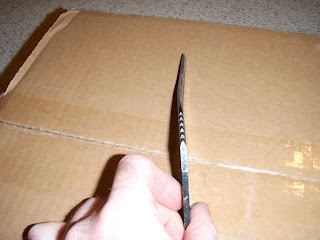 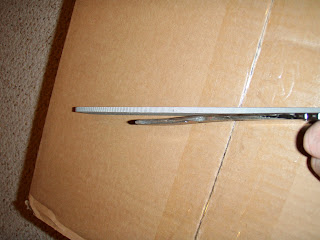 So it happens, failure, on some level, to all of them.

I've included some photos of the wear you can expect to see climbing mixed. 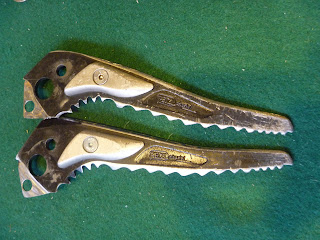 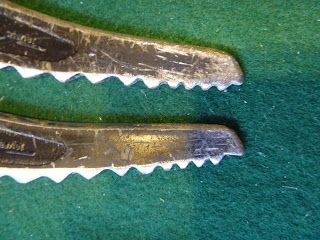 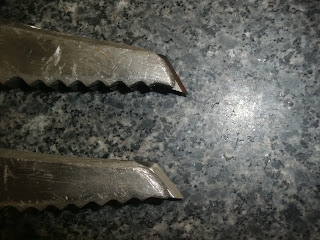 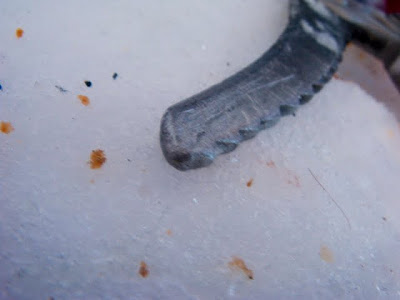 Old and new BD Aermet off the Cassin 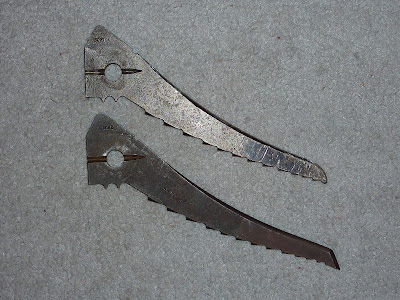 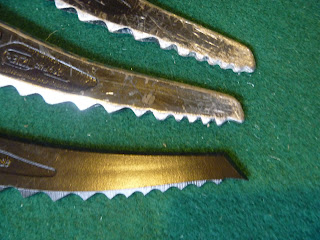 The two used  picks above were new 2 short Chamonix mixed climbs earlier. Granite and a foot of new snow is like taking a grinder to a set of picks...any pick. No file used on these two and "good" by some of the standards I saw in Europe as "usable picks". Set is compared to a new Cascade Petzl pick in this picture .  Trust me...picks in that condition really suck on ice.  And now I ama beginning to understand why no one wants to bring a file on route.  Why bother? 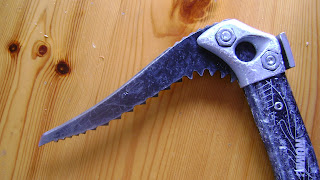 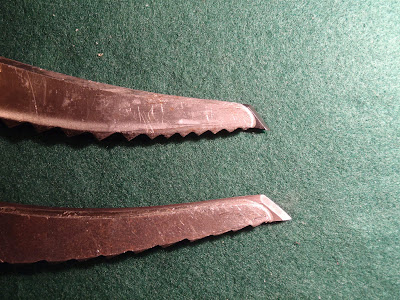 The wear on C/T (top) and BD Aermet (bottom) from one trip up the Cassin.  New picks in profile under the used picks.
If you happen to have some good pictures of well worn dry tool picks send them along and I'll post them in this thread with what ever credit you'd like to see along with them.
Posted by Dane at 6:52 PM