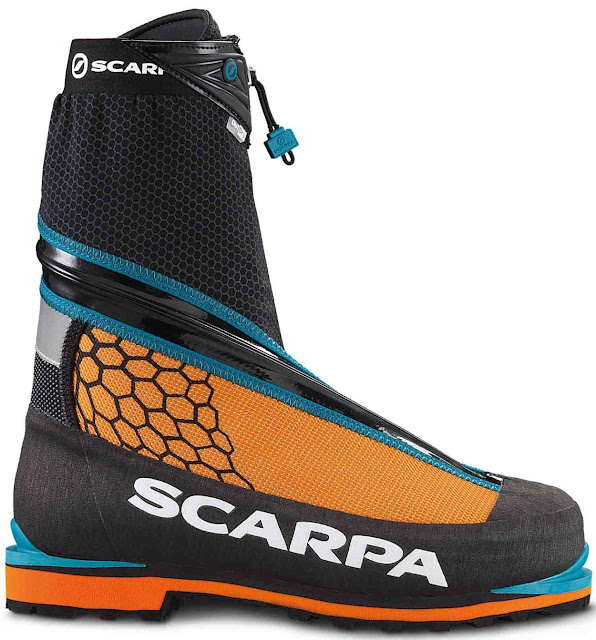 I wrote the Phantom Ultra reviews starting in Sept 2010!  It took some 3 years to catch up with the significance of this boot. 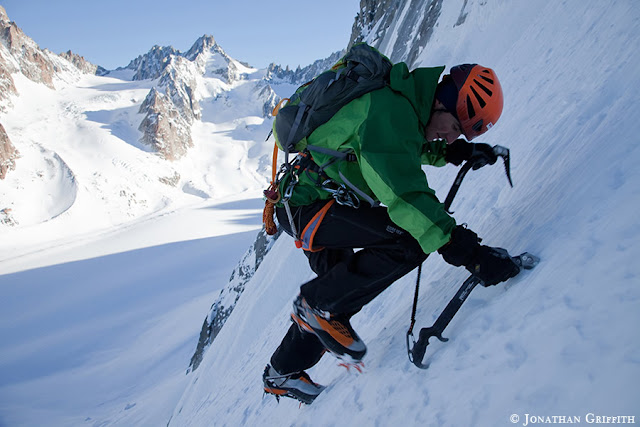 
Ueli Steck wasn't one to wonder if a lwt boot would suffice on cold ice. The Ultra was never imported into North America but available in Europe. I still think the Phantom Ultra was a much better boot than the Phantom Guide having used both boots.

I try to keep up on  a few things..alpine boots being one of them.  I've not missed La Sportiva's new dbl boot entry or Arcteryx's new "dbl" boot line .  I was involved on the ground floor in both ideas.

I think the next step in the evolution of boot technology was the Scarpa Rebel Ultra.  I suspect Scarpa did as well hence the name.."Ultra". 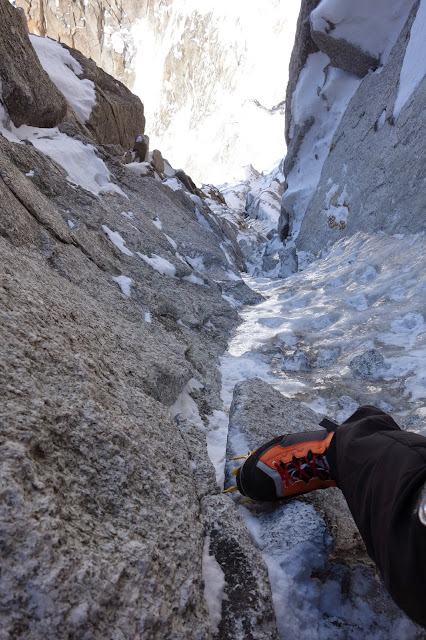 Having used the Rebel Ultra mid winter @ altitude in the Alps I can say it worked fine...but could be a little warmer :)  The Phantom Ultra was just a little warmer.  I suspect the newest Phantom Tech to be a even better boot than the Phantom Ultra was and ....every bit as good of boot as the Rebel Ultra is now.   Thanks to Grammy for the updates. 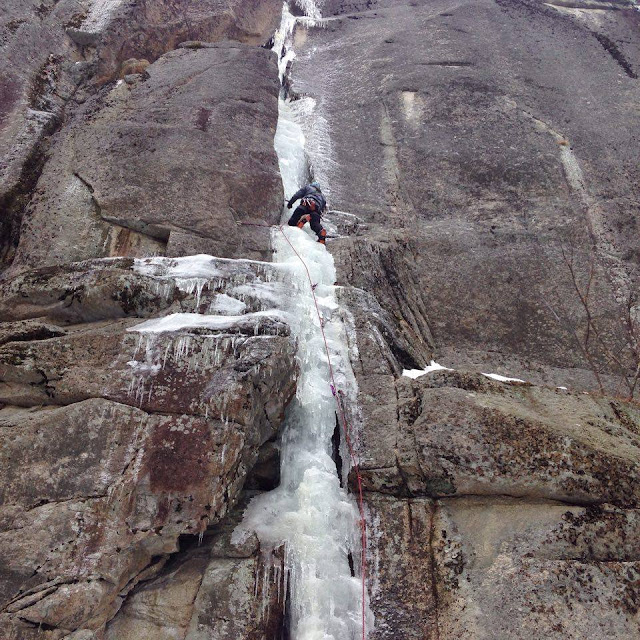 
I'll update this review as I get more info.

Today it is weights.

All boots are size 45 and weighed on my postal scale

The new Phantom Tech drops 2 full ounces per boot from the older Phantom Ultra.
4 oz. for the pair in my size 45.

Both Toes and heel crampon attachment points have changed for the better.  Any crampon will fit the newest Phantom  boot much better.

The boot sole and the ankle articulation of the new Phantom Tech are way, WAY stiffer than the ultra, Guide or Rebel Ultra.

While you wouldn't think the internals of the boot would have changed much..that would be an incorrect assumption.

Anyone climbing in a Phantom Guide now will be pretty impressed I think with the changes in the Phantom Tec.  There is a reason there is no longer a Phantom Guide model available. (at least in North America)  For once I actually agree with Scarpa's marketing plan here :)  It is a very nice boot.

Super light generally means less durable.  Slightly higher and much more durable gaiter than the old Ultra or Guide.  The new wrap around gaiter is suppose to be the chit.  I am with holding my opinion on that one till I get some time in the boot.

Over all?  It is lighter than the Ultra my previous high point for boot design.   It would appear to be warmer and at least from the rubber sole up.  And at first blush it seems to be a warmer boot than the Ultra.  Comparable to the Batura and Phantom Guide I think.  May be warmer than either.  Or at least that is what my trashed feet are telling me.   That info and the source is not as reliable as they once were :)  A super light technical ice and mixed boot.  It is not a double boot for warmth.  But it is the best thing I have seen in a "warm" single to date.

Boots this light and agile will change how you climb.
Posted by Dane at 12:54 AM 10 comments: 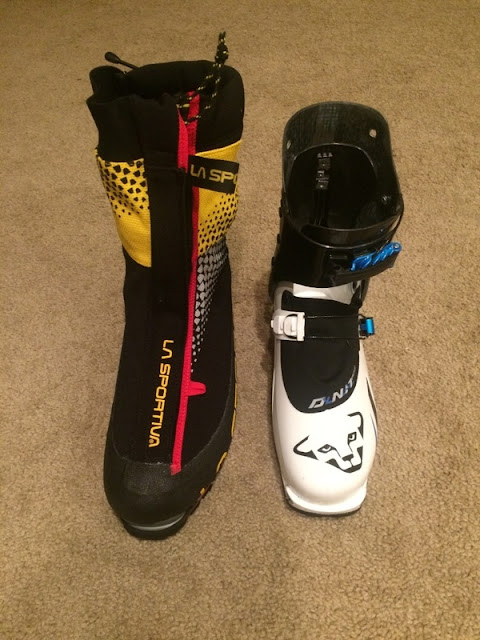