What we won't see in North America? More Rando gear.

While I am waiting for  new ski gear to arrive I've been looking around the Internet.  Even going to OR doesn't mean you will see "everything" just what is going to be sold in NA.

If you live in the EU likely you'll have more choices than here in NA.  Just makes the choices harder :) 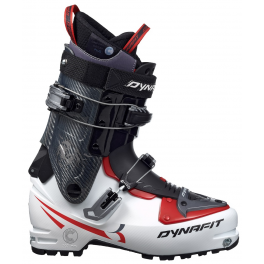 TLT6 with a fiber glass cuff/ plus something else there and  at least something similar to the Thermo Light (CL) foam liner @ 1120g and @ an exceptional price point.

TLT6 Performance version of the same boot is 1050g 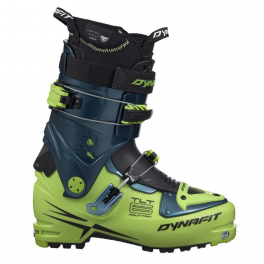 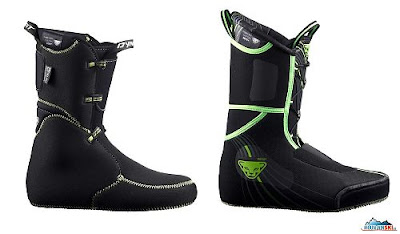 TLT "race" CL liner left, the standard NA-US CR liner on the right,
unverified weight difference is a marginal 120g
And the two liner options?  Guess they didn't just drop PDG or the old P liner in the new TLT6.  Turns out they are very similar but slightly different, laces now, more reinforcement for durability and a bigger flex cuff in the boot shaft.  Thickness of the foam is different (1mm maybe 2mm) as well. between TLT and EVO.  PDG and Evo liners are thinner and offer an even easier ankle flex for a longer stride.  But the thin PDG/EVO liner it might be an option if you need more room in your TLT?!   Interested to see what the foam liner will actually be if it is ever available in the US...and what is available in Europe.  No question what Wild Snow is showing for the TLT6 is not the liner
Mountainski has pictured here.
http://www.wildsnow.com/10766/dynafit-tlt-6-p-first-retail-look/
I have the Palau liner Lou is showing and it is a thin version with little change other than thickness and flex insert size from the TLT5 P liners.
photo courtesy of mountianski.cz
http://www.mountainski.eu/177/several-days-long-testing-of-prototype-of-new-ski-touring-boots-dynafit-tlt6

And two of the  bindings we will be missing. 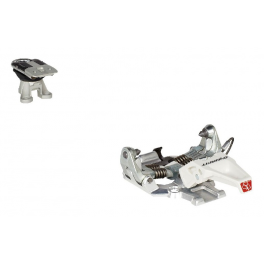 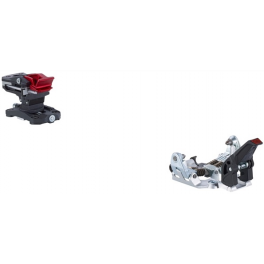 At least the embargo of the Low Tech Radical is just a continuation of last year’s disappointment, and the embargoed TLT6 Mountain CL is just the successor embargo of the TLT6 Mountain TF.
The Speed C-One isn’t surprising since it’s part of what is apparently a very limited C-One line of ski, binding, and ... is the embargoed TLT6 with the fiber-reinforced cuff maybe the C-One version?
But the embargoed TLT6 Performance CL is surprising, especially since I think the claim that the TLT6 Performance is no heavier than the TLT5 Performance is based on upon a CL vs TF liner comparison?
Nice compare/contrast of the side-by-side liners here:
http://www.mountainski.eu/177/several-days-long-testing-of-prototype-of-new-ski-touring-boots-dynafit-tlt6
The other big surprise though is the embargoed Speed Turn binding. Maybe Dynafit is concerned about cannibalizing its own Speed Radical sales, but would be nice to have a price point Dynafit binding available here.

Thanks, I added the link you mention. I have some things showing up today via UPS. We'll see if I can confirm your speculation on weights. But the TLTp 5 and ^ weighing the same has never sit right with me. Just haven't had the same sizes/liners on hand at one time to make the point.

Aww, all UPS is bringing for me today is GU...
Anyway, the TLT5 Performance and Mountain *shells* were almost exactly (albeit surprisingly) the same weight, with the weight differential in their TF vs. TF-X liners (respectively).
Official differential is 15g/boot when equipped with identical liners:
http://www.dynafit.com/product/shoes/tlt-5-performance-tf
http://www.dynafit.com/product/shoes/tlt-5-mountain-tf
I suppose it’s kind of like the BD cf ski poles, which weigh almost exactly the same as their equivalent alu poles - sometimes CF isn’t about saving weight?
BTW, that nice TLT6 combo you found with fiber-reinforced cuff and CL liner does appear to be the TLT6 C-One.
(Funny that the Dynafit website still hasn’t been updated even though both U.S. and European shops have 2013-14 product in stock?!?)

I won't have a 6 Mtn to weigh this season but would expect the same different in shells. The new comfort liner is 130g heavier than the previous 5's Palua foam X liner.

The real shame, in my opinion, is that Dynafit won't import the Low Tech Radical. With growing interest in fast and light touring and racing, I would guess they would sell well.

Just received my TLT6Ps with the new CR liner and can compare them to my old TLT5Ps. In a 29.0, the TLT6 shell weighs about an ounce more than the 5. The TLT6 CR liner weighs 2.5 ounces more than the flimsy TLT5 liner. Total weight difference is 3.5 oz per boot.

Thanks Chris, very much appreciated. I added your comments to the original TLT6 review as I fill in the blanks there from my earlier testing on a smaller than usual 6. And try to sort out all the web misinformation.