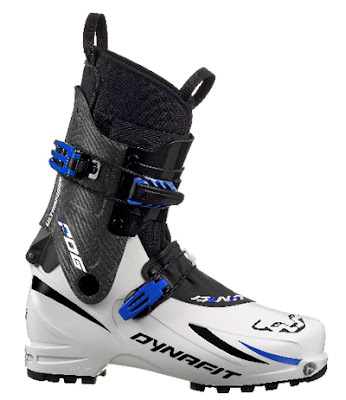 By comparison Liposuction might be cheaper!  I' bet there would never be as much satisfaction though!

Race parts for the Porsche or the Cervelo ( or just the frames of either to get started) are light in weight and expensive.  Also known to have a short life span when used as intended.

My first dedicated "lwt" ski system was a BD Prime, Dynafit Speed bindings and a pair of Fisher Asymmetrical ski in a "stiff" version and 178cms.  Even what I don't own now  of that  kit I'd bet is still going strong.

My favorite system recently as a  "lwt" ski system was a TLT Mtn (shell is lighter than the P version) with the lighter foam TF liner, Dynafit Low Tech Race bindings with a steel spring (no Ti) and a 167cm Broad Peak ski.

Which is a really fun all mountain rig.  Anything I can ski with in reason, I can ski on that set up.

Likely pushing my skills this winter I have recently dropped another 20.35 oz PER foot with new gear!

All Dynafit.   Same Low Tech Race bindings.  All 115g of them 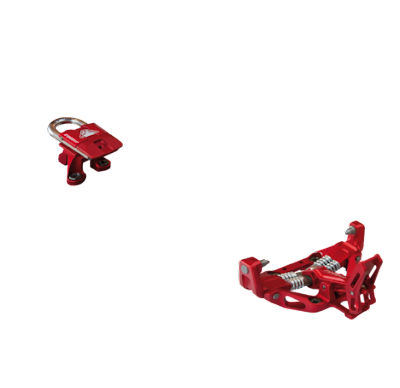 New EVO PDG boots and the shortest ski but not the skinniest ski I have been on.....are these Snow Blades?

A tough diet and more exercise would be cheaper yet!   Just no serious weight to be lost from my feet short of beginning to chop off my toes :)

More on why the weight on your feet is important.

That HR drop is is huge.
Really interested in seeing just what I can ski year around on our maritime snow pack with these kind of dimensions:


It is a rig I have wanted for a while now but could never justify the expense. Really looking forward to skiing them and then writing about the experience.  And not getting rid of the TLT and Broad Peak combo just yet.  Although I would really like a new pair of the Nanga Parbat ski @ 1000g. per pair.  That would be a set up I would really like to try for longer  mid winter tours.

Back to the Weight?  I could have gone lighter and spent more money.  But at some point a 13# Cervelo is wasted on me.  Same deal here.....couple of grams isn't going to matter too much for me.  And if it is does?  I'll just pass on, or pass, something :)
Spagetti or gallstone??  What do you think a gallstone might weight?

Dane,
I love your reviews and cant wait to see what you think of that setup in action. Ive seen pictures of folks on alpine climbs in the DyNA which is basically the EVO, right? Knowing your propensity for doing that in the TLTs Im curious how the EVOs stack up. Also, im curious why you went with the Low Tech over the Superlight. The spiel on those seems to indicate they are safer?

Thanks Jesse much appreciated. Yes, PDG and DyNa are the same boot only different materials i n the cuff and a bit more weight on my version, the PDG. Pretty thin compared to the TLT5 series but they certainly have been used in thee alpine here in NA. by the Dorias brothers and Brain Harder notably on easy to find blogs that I know of. They should be fun. But I did keep a pair of TLT5s specificall for my own alpine climbing. It is a full # saved with the PDG. So we'll see if I can avoid the temptation of trashing my PDGs with crampons.

Superlight vs Race bindings? I have both that I've been using for a few seasons now. I do really like the extra margin of safety and more importantly I think...security of the Superlight. Have not had a prelease from the Superlight and been skiing them hard. Where I have ejected twice now in nasty terrain from my Race binders. Both times immediatly after a particularly nasty boot pack session over mixed terrain. Something I have yet to duplicate with the Superlight. Prelease in the Race is on my mind now. So it is hard to pay the extra money and worry...for those few grams. But I do really like the auto lock and the weight of the Race. But realise I need to be even more careful in them as well. But it was something I thought about when buying the 2nd pair of Race.

Different/heavier ski? Superlight might be the better binding choice on a different ski. And may be the better choice from my own experience with both. I have been happy with the "safety" of the Race just not the reliability 100%. 2 releases has been two too many in 3 years skiing. I hope to nail down the reason for that this winter and hopefully I'm able to avoid it in the future. My guess is the toes were not fully engaged when I clicked in. Pilot error on my part. I hope that is what the problem is anyway. Because that I can fix.

I like the Race enough to buy a 2nd pair and work through what ever problems I have created for myself. Which tells me a lot ..knowing how much the last fall I took this summer shook me up. Scared me bad! And could have ended up quite badly for me and a lost/expensive ski. Only luck on both that it turned out to be no big deal.

Hi - just wondering if you've got much time on this setup yet? What do you make of the PDG skis in the BC?

Curious as I've just finished mounting a set but takes a while to notch up much use here in Scotland. I put a set of quiver killers in to mount the Plum Guides from my Liberty Helixes, as cant really justify lighter bindings at present and the drill pattern should be the same to upgrade later if needed.

Also on TLT5M's (which are a revelation).

Hi Peter, in spring like snow and hard conditions the PDG is OK. Gets it done. Hard to ask for more for the weight. Beats walking :) Been using the Nanga Parbat now that we have some more snow. It is a real ski and not a lot heavier. Some comments here on it recently. I'll be back on the PDG for races later in the winter and spring touring.

Hi Dane! Thanks so much for taking the time to share your wisdom :) What binding would you suggest for the PDG ski for a lightweight setup that can still deal with challenging conditions in the mountains?
Thanks!

Hi Daniel, Thanks, man. Hope al lthis stuff helps soemone make fewer mistakes than I have/do! I am skiing the Dynafit Low tec Race on my PDGs. Perfect match for the PDG ski but pricey. I also ski the Speed Superlight on several other LWT Skis with the PDGs and the TLT6....on the lifts while I wait for better back country conditions to test skis.

Either binding would be good on the PDG. Low Tech if you have the money. You'll never wear them out or find a much lighter binding.

I really like the Low Tech Series for the PDG...it takes real advantage of the boot/ski weight savings. The binding is really solid even in hard snow/ice on lift served conditions. Speed Superlight is only slightly heavier, "may be" better retention I think in weird conditions. But for what it is worth, I trust either binding 100% in any condition, on any ski, no matter how hard the skiing or how hard I am try to ski.