Too good to ignore.  One of the very best climbs in NA this year....or last :)   It needed a bump for the added links to the Jon's web site and recent write up. 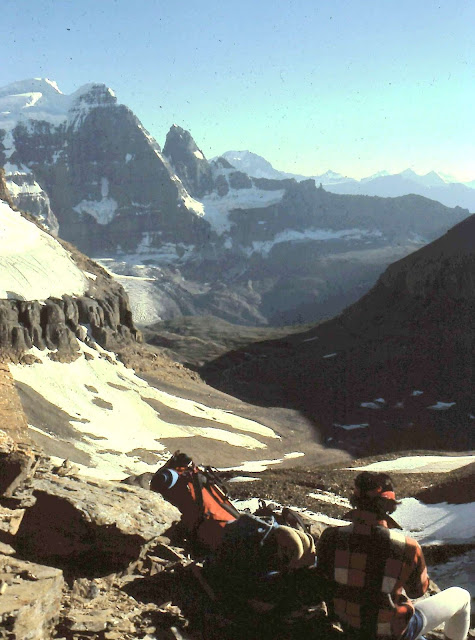 N. Face of Twin taken from close to where the new Alberta hut is now, 1977.
Jon Walsh and Wharton made the 2nd ascent of the North Pillar on North Twin earlier in the week.

Congrads on a spectacular climb!   Internet chatter should peak on that story early next week.  The adventure  should make a good read and some amazing pictures.

Link is now up!  Stellar!

"1985 5.10d - which many of the pitches were rated, seemed sandbagged to say the least. Continuous crack systems, often connected by gymnastic face moves, led through vertical to overhanging terrain for 13 pitches, to a wild climax at the top. " 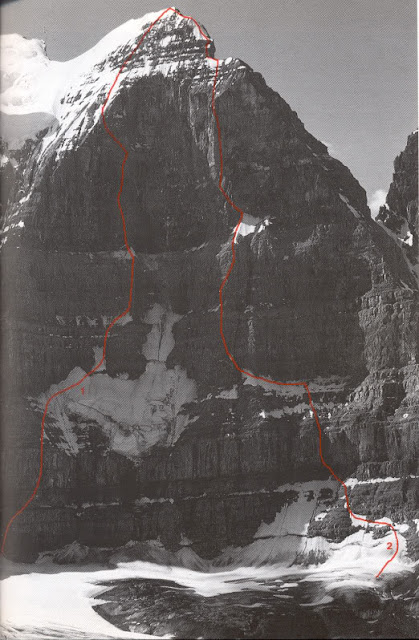 The Cheesemond/Blanchard line that was repeated is on the right
Posted by Dane at 11:44 AM

Is it just a conditions thing or have most of the snowfields permenantly melted away on that face?

Conditions. End of a long dry summer and a sparse winter prior. Perfect conditions for the route they were on.

That face reminds me of the Eiger Nordwand...only on steroids!
Great climb, Gents.