I have rewritten this blog to make it more current and in my opinion more accurate from the details I have been able to gather from the climbing community in the last 4 months.    Black Diamond has offered no new public information since the third pair of broken stainless crampons became public knowledge in mid Feb of 2011.


Since then I have been made aware of several more pairs of  cracked or broken crampons by their owners.  Crampons that the owners only identified because of  Rafal's original blog post on the subject.


Until recently I have been a big fan of the Black Diamond horizontal crampons for most conditions. Sabertooth to be exact. But I have also used the Serac. They both climb exceptionally well. Big fan until they started breaking. BD has yet to acknowledge they have a problem. To the opposite in fact, they have publically denied any problems. Despite continuing to quietly replace PRODUCTION crampons as they crack or break and are returned to BD.

I will no longer climb in mine.

I have personally verified early versions of both Sabertooth and Serac Pro and Clip models failing.  All have had a similar failure and position on the front of the crampon.  Thankfully the only broken crampons I have seen are the earlier versions before BD added material to the failure area.   Those same crampons can still be found on Black Diamond's  dealer's shelves.

I first noticed that added material and design change in the early fall of  2010.

snip from a comment by Bill Belcourt of Black Diamond on Gravsport: 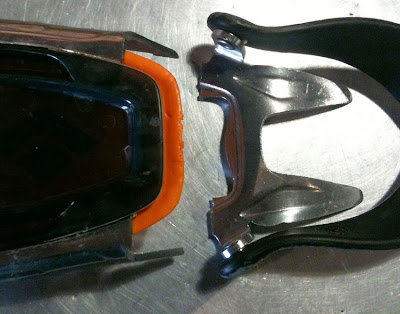 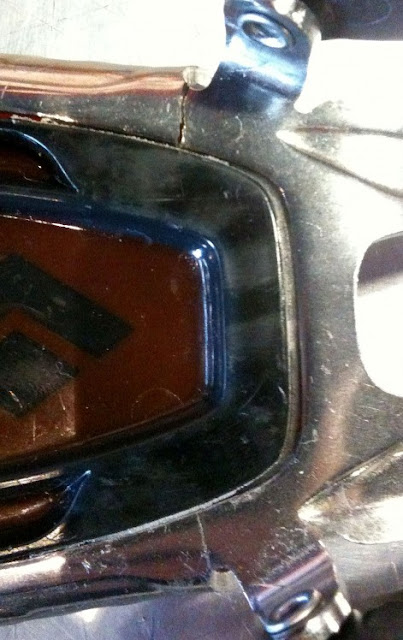 The heads up and photos courtesy of Rafal.  More here:
http://rafalandronowski.wordpress.com/2011/02/15/broke-my-crampons/

In email conversations with the owner of these Sabertooth Pros said they were used only with a Nepal Evo.  The Evo is a pretty rigid boot by today's standards.  I do not believe these crampons, which were sold at retail and not prototypes, were abused in any way. 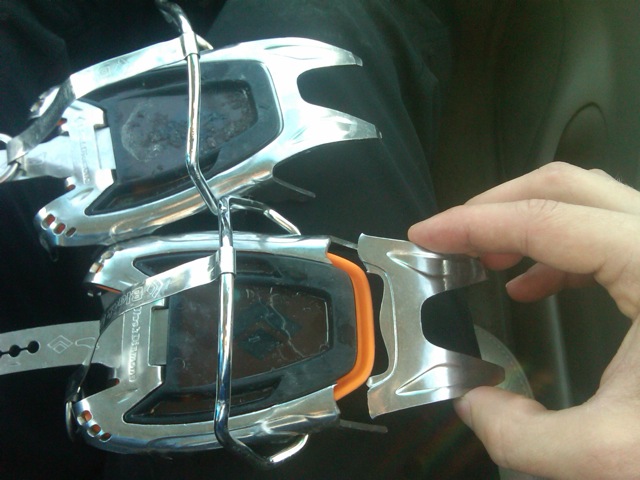 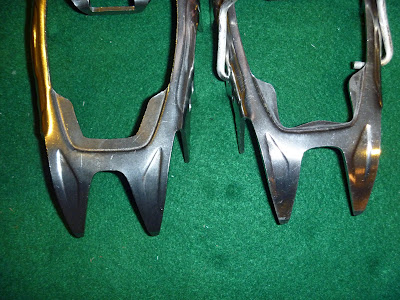 I hadn't considered that an "all-around" crampon with clip fitment for semi-rigid boots would be unusually stressed when walking on glaciers or horizontal river ice - long slogs on glacial ice are after all a big part of the approach for many alpine climbs.

I'm looking forward to BD's assessment of the cause for this breakage.

When I posted earlier, I understood the other pair that had broken recently was also a Clip.

The post on gravsports, however, does change things a bit as the crampon-boot interface should've been more snug with a front bail...

It is creepy indeed... Crampons get more bashing than ice tools and, while most of us carry spare blades, if crampons give out on you (not even mentioning mid pitch) you're done....

Good point Cosmin. Crampon failure does end the party rather suddenly. I had forgotten that House had been adding flex bars to his G12s. And remembered it as a weight saving measure and a bolt for reliability instead of the "clip" connecting them. They used the La Sportiva Nuptse on Nanga Parbat despite the video implying other wise.