The Weight On Your Feet 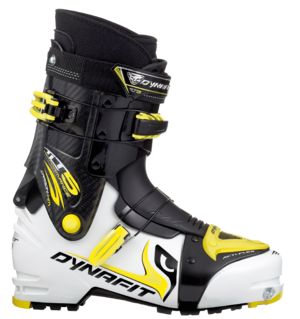 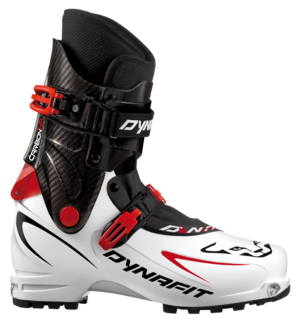 carbon Dy.N.A. Evo 685g
Above are the Dynafit Dy.N.A. Evo and TLT 5 Performance boots tested in Eric's repost below.

The guest author of this blog is Eric Carter.   Eric was part of the team to set a new C2C record on Rainier this week.  Check out the comments here and the entire teams blogging efforts in previous posts.

Eric and I had several short conversations this winter then I lost track of him.  Life got in the way this Spring.  But I had intended to republish this article after Vertfest.

Eric is as he describes it, "as a science nerd I don't have a whole lot of faith in single data points".  He is also the Head Coach – University of British Columbia Varsity Nordic Ski Team.

I wrote this back in 2010.  That post references some of the back ground Eric based his assumption on.  The original military sponsored study of a 7 :1 ration of weight on your feet to weight on your back.

Much of this blog's content has been driven by my large size 46/12 feet that I had as a 12 year old kid.  The size and the fact that I have always had a problem with cold feet has driven me to  look and look again at my own foot wear.  Intentionally adding 3 full pounds to my footwear earlier in the week brought this conversation back to the top of my slightly addled brain.  Thanks Eric for allowing me to repost this.  It is good data to add to our base of info.

The ISMF had an interesting statistic in their Skimo World Championships Preview document released earlier this season. They claim 1 gram lost from feet is like losing 7 from the pack in terms of energy cost. I can’t find any data to support this but do have some thoughts as I try to cut my foot weight.
A recent study by researchers in Colorado examined the energy cost of barefoot vs. shod running. They calculated a 1% increase in VO2 per 100g weight per foot. With an approx. 540g decrease in weight per foot I should expect my VO2 to be 5.4% lower at a given speed. That's not huge but definitely a significant improvement. Cadence will also have an effect on this; as cadence increase, the cost to move the weight will go up as shown by the scientists at the Army’s environmental and exercise research lab – USARIEM.
Dynafit’s top of the line skimo race boot is the Dy.N.A. Evo. With a carbon fiber cuff and a Grilamid shell the Evo is exceptionally light. In weight, think of it more in terms with a nordic ski boot rather than an alpine boot. A rather unscientific analysis of some race and interval data does a good job of illustrating just how light it is.
The figure below has HR on the x-axis and vertical speed on the y-axis. Blue circles are climbs with the TLT5 boots and red squares are climbs with the Evo boots (both using Dynafit PDG skis). Each has a trendline to show the average. (TLT data are from the races in Jackson Wy earlier this season and a more recent interval workout. Evo data are from Vertfest climbs and an interval workout)

While other factors definitely affect this relationship (skins, snow conditions, fitness, other racers, track angle, etc…), there is clearly a trend. For any given HR, I am climbing significantly faster wearing the Evos. At a vertical speed of 16m/min for example, with the TLTs my HR would be around 180. With the Evos at the same speed, HR is around 145.
Now that I am running more efficiently, not working as hard on climbs, the logical next step is to climb faster maintaining the same high heart rate with an even higher speed. I have found this difficult however. Technical skinning does require skill and leg strength and while I am working less hard, I find it hard to increase my speed without slipping. I also find it hard to maintain the necessary cadence at increased speeds. I am hoping that slightly easier angled skin tracks will make the next few races more to my suiting than the steep mogul climbs from the last few races.
An interesting research project would be to examine the effects of foot weight at different cadence and track angles found in skimo racing.

Eric's blog and his contact info can be found here:
http://coastmountainskiing.com/
Posted by Dane at 7:24 PM

Wow. This is interesting. My husband often a claims there is a correlation between foot weight and effort, but I never put much credence into it. I'm in the market for new AT boots next season. I plan to put weight up high on the decision factors.

A good skier can get by with a lot less boot than you might first think. The DyNA EVO and the Alien 1 matched to the right back country ski like a DPS99 or a GTR and a race binding it is simply an amazing touring and ski rig. Once you have skinned and boot packed in a lwt extremely flexible boot you'll never go back....or at least regret every time you do ;-)