The skinny on the up coming CT ski reviews? 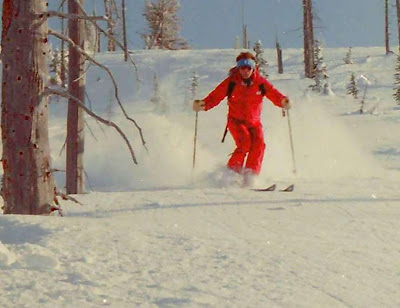 Heli turns bitd
If someone had told me I would have the interest in writing a ski review on Cold Thistle a couple of years ago I'd have laughed.  "No way in hell!"

A couple of reasons for that.  I really don't have that much interest in skis or ski gear.  The other is I don't have the technical knowledge  to do  as good of job at it as I would like.

But...just as my original hunt for a good "climbing down jacket"  ended up starting this blog and the gear reviews.  My hunt for a decent ski  for my own use has convinced me to write down what I have been learning over the past few seasons about skis (boots and bindings as well) and go back to the base of knowledge I gained in the early '70s through mid '80s on ski technology working in shops as a mechanic and boot fitter.  I am not trying to apply the old knowledge base to the current technology  and crop of skis.

My typical answer when questioned about skis in the last decade or so has been, "they are fine..they turn left and they turn right".  Some thought I was actually joking,,,I wasn't.  Skis are simply tools to me.  It helps to know the tool you need and to be able to choose the right tool as required.   But it is a poor craftsman that blames failure on his tools.  A couple of winters ago I got an awakening that my unused ski skills had degraded to an embarrassing level as had my ability to judge what really was "good ski gear" for my own use. 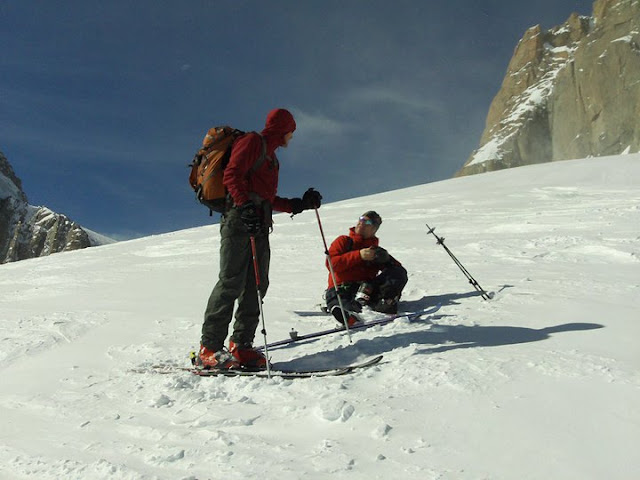 Pulling off an ill fitting ski boot high on the Vallee Blanche.
Funny now that I think back on the time I spent skiing.  All  the info here on Cold Thistle about climbing boots?  The foundation of that info is based on what I learned and know about ski boots.  Early on my skinny feet were ridiculously hard to fit  in a ski boot.   I had simply forgotten where it all started for me about how important a good boot fit really was until recently.  That in itself surprises and inspires me.

My first three pair of plastic ski boots from the late 60's and early '70s.  The ones prior were leather! 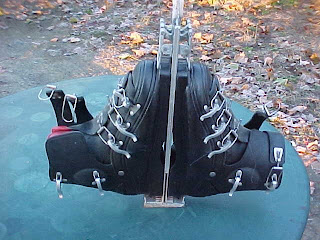 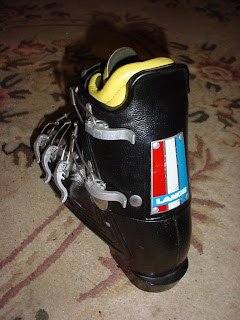 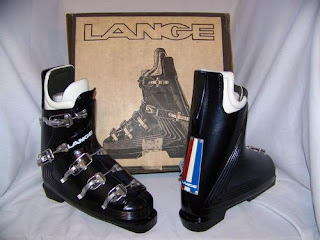 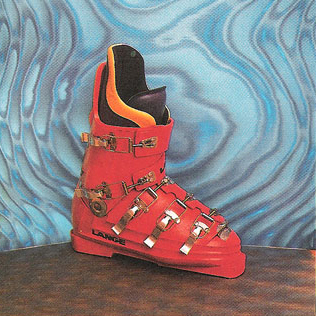 My last pair of Langes, The Banshee,1973

I first saw a pair of Dynafit TLT Performance boots at the OR show several years ago.  Then again as they first became available in the Chamonix shops.  I scoffed at the $1000 price tag at OR and again in Chamonix.  By that spring I was desperate to own a pair.  Now?  The TLT and the second generation boots (Dynafit One) that came from the original TLT idea are my favorite boots for more than just skiing.  As a crossover for ski mountaineering and ice climbing they are exceptional boots for the amount of  control you can have while  skiing in them.  In a lot of ways the TLT reminds me of the old Scott Superlight series of boots actually.  I had a buddy that added a Vibram sole to his and climbed in them as well. 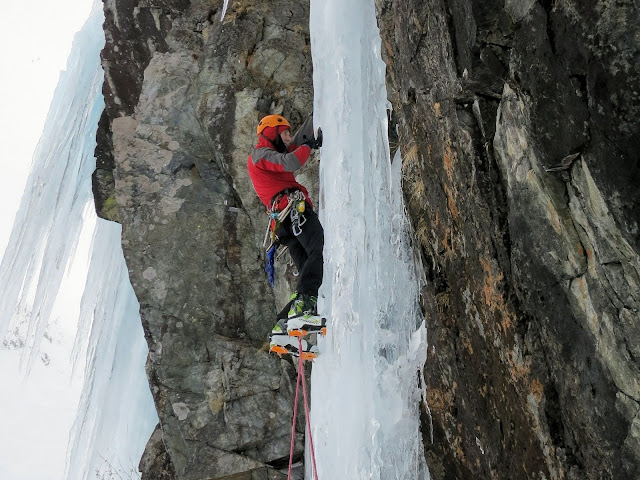 Jeff on steep ice with a TLT. 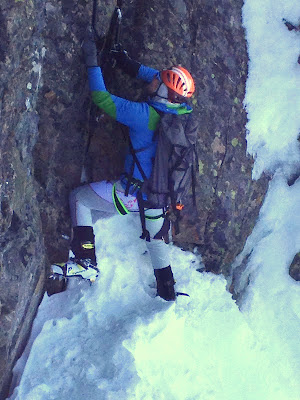 And I would eventually find all sorts of uses for my own TLTs.
What I didn't realise at the time is just how import the skis would/had become and just how different the skis designs were now.  If I am going to be an advocate of ski mountaineering and the use of ski boots to climb technical ground with, I had better square away a few thoughts on skis as well.

I found a few of us out here looking for the same things or very close to it in skis.  If you have a mountaineering back ground the current rando race gear is going to have some appeal.  If you learned to ski (as most do) at a lifted served ski area you are likely looking at good down hill performance as well.  I want a good skis on a groomed slope as well as off piste when in really bad snow conditions.
All that is possible btw.

My bet is with a similar back ground we have all been looking at similar skis.  To that point I'll eventually be writing up reviews on the skis I have been on in the last couple of seasons.

Most importantly the choice in ski is as individual or may be even more so than a well fitting pair of climbing boots.  What works for me you might hate.   Or the other way around...which is what got me started looking for a "better" ski in the first place.

How a ski performs depends on so many things, your ability, your own boots and the snow conditions.  So you will see a lot of back ground info and details on each ski test (mine and others).

The idea here is to get you into a ski you will enjoy for your own purposes not sell you any particular ski.   If you happen to have the similar gear,  physical attributes and skill set as Dave Searle, Jerry Johnson  or myself, lucky you!  If not hopefully you'll be able to glean enough info from the reviews  to at least get started in the right direction on a decent ski choice for your own use.

But I can tell you quite clearly the gear available now will enable a decent skier to easily..as in really easily...ski terrain and snow conditions that even a decade or two ago was unrealistic for anyone but an expert, very experienced skier.  There are some down sides to that fact...like the need for more snow, avalanche and forecasting knowledge.  The knowledge is now required because the newest skis have opened up so much more terrain to less experienced skiers.  It is a double edged sword.  You can ski more places easily.  But you can also get yourself killed a lot quicker as well by making a bad choice in the wrong snow conditions.

Oh, and you poor bastards on snow boards?  If you want to climb and explore the back country?  Get a pair of skis :-)  You'll go farther, faster and with less effort in places you simply can't go on a snow board.  Same places you would also be hard pressed on a split board.  More on that subject at some point as well.
Posted by Dane at 1:43 PM

The langes live down the street from my grandparents, funny that!

I just bought these boots because of your entry. I was wondering how you care for these boots?

What boot...not the Langes I hope!