I have a few blogs I follow.  Everyone of them from guys climbing much harder than I ever have.  Some I've met,  some I will yet, hopefully.   Either way I stole the picture and wanted to add the link to some great climbing in my own haunts.   Nice trip guys and some great sends!  Nice Nomic hammers as
well ;-) 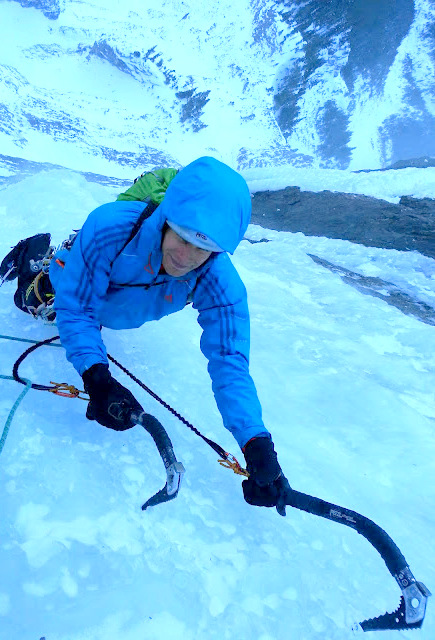 
Day 1 - The Replicant
"We wanted to warm up by climbing the Professor falls but before we knew it we were breaking trail up to the Trophy wall. With no rock gear the only feasible route seemed to be the Replicant"