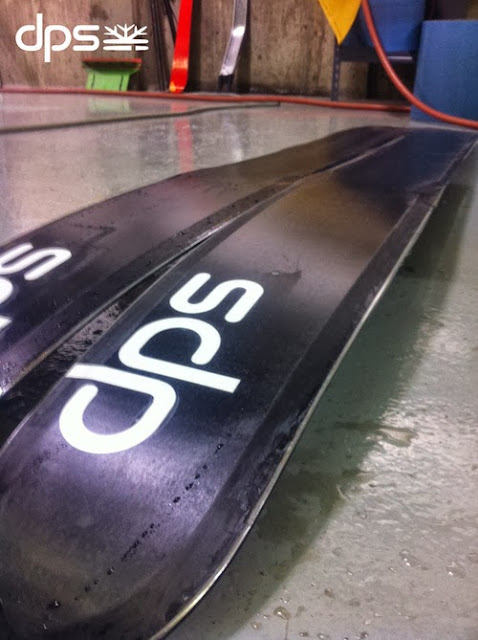 But thought It worth digging out and re posting Stephan Drake's recent comments on the Spoon at TGR.


Stephan Drake sez:
"I am going to make a big claim here.  I have attempted to self-filter the personal stoke repeatedly, tested repeatedly, and think I can say this with some level of sobriety and humility: high performance, deep pow skiing has officially ascended to another plane, and whatever you are riding on now for deep snow is not necessarily obsolete, but is… dare I say…. inferior.

People will have to experience the phenomena for themselves, but all I can say is that I am at loss for words to describe the levels of pow skiing that are now possible.

Last week I skied in epic conditions, and had the most insane sensations that I have ever felt on skis. Like everyone else around these parts, since I was a little kid, I have always dreamed of how you want to ski. Daydreams, night dreams…. mind skiing. You visualize how it looks, how powerful the rebounds are, how your body is angulated, how it feels to air from pillow to pillow in compact form, how quiet your arms are, how fast you can charge, how you g-load deep pow turns, how you feel slashes, slarves, how you can play with all sorts of terrain, and how you can control trips to the white room at will.

The spoon lets you approach the vaunted realm of mind skiing in real life. It's that transformative. Of course it's not fully perfect, and there are some subtle things that we would like to keep tweaking and playing with. The ski will continue to improve over time, but it has given me the best runs of my life in a very short time, and has fully blown my mind.

A couple of disclaimer notes:

+ What I like about this ski is how technical and specialized it is. It's sort of like a secret club; it's not for everyone, and only works If you already know how to load up and rail a downhill ski, and already ski fast and aggressively in pow, and can play with terrain. If you can't check these boxes, I don't recommend it; it's not a meadow skipper or a resort ski, and if that's what you are doing, the Spoon is perhaps better utilized as wall art. It's a specialized weapon for hyper-fast, creative charging of the bottomless and untracked. If it's not truly deep, keep it at home.

+ As Mr. U pointed out, It's unstable at low speeds. Once you bring it up to plane, however, get ready for a powder accelerator like you have never felt before.

+ Again, this is not for the resort or for places with tracks. The spooned shovel gets bounced laterally in tracks. What makes it deficient in tracked snow is precisely what makes it so damn good and next level in untracked snow. In untracked it does exactly what it's supposed to do, and that, ladies and gentleman, is blow the cerebral cortex.

+ It's been so fun getting used to the ridiculous and very predictable slarves. You quickly learn that too much anglulation will send you into a long, and wonderful trip into the white room. Spoon skiing should be done with a covered face, because you are going to get worked when you charge through your own sprays as they are tossed in huge waves down the fall line on each powerful and angulated slarve- how rad is that? "

"Not sure if this has been chimed in on but how do you tune it? How do you put skins on it." 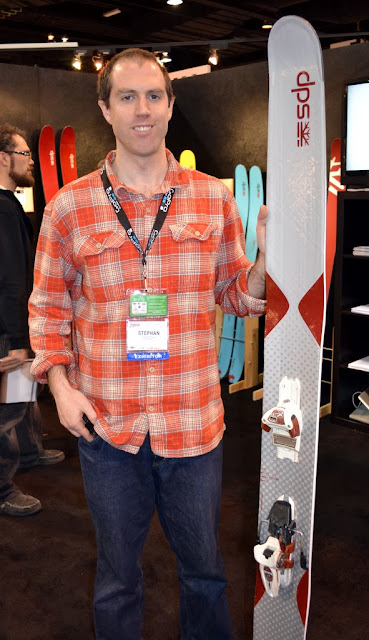 Drake again: "Everything has become much more standard in the maintenance department during the development process, which is good and intended.

+With the new Spoon shovel design, you can stone grind from tip to tail, which is nice. You will need to put on a fine belt finish on the Spoon section, which shouldn't be too big a deal.

+ Skins are pretty standard: you can cut out the spoon sections on either side of the flat section in the shovel to save some weight. "

"What about untracked but not bottomless? Not talking about wind buffed/scoured here, I'm curious how it would be for a daily driver touring in the BC interior.... Can always find sheltered trees with soft snow but it's not always that deep. A typical scenario could be 5-12cm overnight snowfalls for a period of 3-5 days... covers up all the tracks in the sidecountry but doesn't fall cold enough or over a short enough period of time to really get deep. Currently using the 138 in these conditions to great effect."

Drake sez :
"Those conditions should work well; its really more about not hitting old, setup stuff underneath... The Spoon works well in denser untracked snow, or consistent surface that has fluff on top- you ski faster than you ever have on these things; it's all about planning and high edge angles with the Spoon. If the conditions don't allow you to tip the ski over enough, it rides pretty badly as mentioned. You want it as deep as possible and more importantly smooth so you aren't upsetting such a big, loose ski with under-surface irregularities while traveling at mach looney tunes.

The 138, which will be getting a nice little make over for next year, still has a very necessary place in the quiver and is as good as ever. The 138 handles and charges mixed snow much better than the 150mm underfoot Spoon. I was at Snowbird yesterday, and there were some nice untracked Spoon turns to be had in sections, but in terms of an overall experience, with all the tracked crud, traverses and such, the 138 would have been the much better ski for the day. Same with the most AK days where you are hitting a lot of sloughed out run outs, occasionally bad wind scoured sections, spine runnels and such.

138 as the everyday pow ski if you enjoy this style of shape because it has some of that charging mixed snow versatility and still planes and surfs great. The Spoon is really like a gun that comes out with it gets really good and you don't mind eating terrain very quickly– it's a true quiver ski, that for the willing and tolerant, can be stretched in more daily pow usage in the right places. I am hoping to try that in the Wasatch BC.

Interestingly, the one non-deep pow condition that the Spoon beats out the 138 is a straight groomer. The Spoon is predictable and easy to handle on-piste, although I don't know why you would ever be near one with these sticks

+ The Spoon will be released with it's own little tech manual."

"Anyone care to take a guess at what the 120 spoon will perform like on 2D snow? I'm loving the "spooned" feature on these skis, but won't ever have any reasonable use for the 150 or 138 in Colorado."


"I put a handful of runs on the new lotus 120 spoon on steep hardback yesterday, and can offer a small handful of notes. please understand these are only my own personal .02, and also understand i am sales manager for DPS, so i may be biased. take everything with as much salt as is so required:

either way, i am sending my pair around for some folks to test and report back on, so you can disregard my comments once that stuff is live... though i would think they will generally agree with what i have to say.

i would say the lotus 138 is a variable snow specialty ski, more than its a true powder ski. it is best at high speed when you could cross wind or sun effected snow, or old slough/avy debris, whatever. it just knifes clean thru that junk and continues to shred. like any truly reverse/reverse style ski, really. that is their forte. i think the 138 is best suited for AK where the runs are long to the point that you will encounter all sorts of different snow conditions, and can see the snow change from wind hammered up top to deep pow, to sun effect at the bottom.

the spoon is a true deep snow ski. it has a softer flex than the l138, and no attempt to add dampening to the ski. i would use the spoon for consistent mid-winter pow slayage. think backcountry north facing powder pillaging. BC cat ops in nelson for example.

the lotus 120 fits more as an everyday free ride ski. think jackson/whistler/snowbird type jazz. 500+ inches, everyday ski. i would also gladly use the lotus 120 spoon as an everyday backcountry ski in colorado, montana, idaho, etc, if the goal is to ski also of powder.

hope that all helps?"


The Spoon!  Imagination?  Or hype?  My guess it is a little of both in the end.  But if my 138s tell me anything the Spoon is a ski I would really like to own.  It is lighter, 10mm thinner on the ski profile and a good bit wider at 148mm under foot.  It is mondo big!  That ski and a at and a multi year season pass at a BIG snow helicopter concession :)