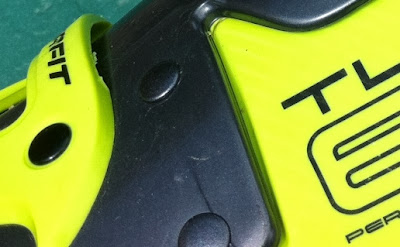 Spring '13 Dynafit demo boots above...the most well used TLT6 boot I have a picture of.
An buddy of mine stopped by over the weekend.  He is a partime ski instructor and a full time  materials engineer (but obviously knows very little about plastics)  about to start his ski season.  During his visit the conversation eventually turned to new gear.  I handed him one of my new TLT6  P as a comparison for his TLT5 P.   Within a few moments he handed the boot back asked with some concern. "are your boots broken?!"  Noting to me what seemed like plastic mold/mixing marks in the base of the tongue at the lower rivets.  After a close inspection, I was pretty convinced myself  (as my heart sank)  that my newest boots were indeed "cracked and broken".


Thankfully it turns out, there nothing wrong with them.    It is only cosmetic and simply the plastic flowing around the pins inside the mold where a hole will eventually be for a rivet.  Every close up of TLT6s  (both Mtn and Ps) I could find on the Internet showed mold marks at the lower rivets.  My buddy is likely still laughing about my stress :)
We owe my other friend for the quick lesson in boot materials and design!  Grazie! 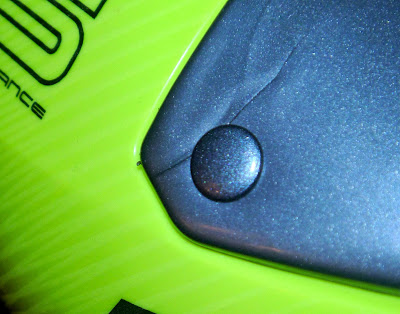 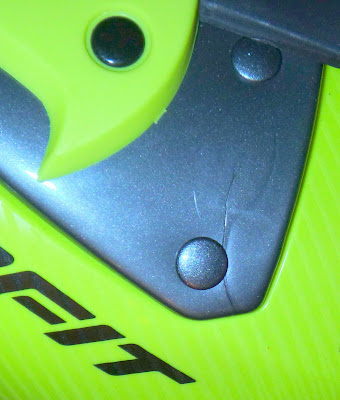 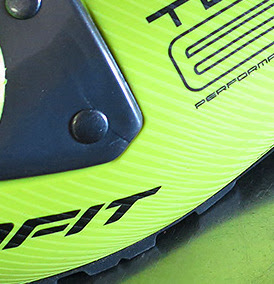 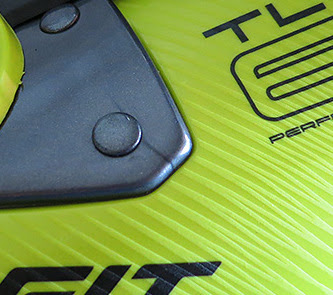 close up of Dawson's boot from his web site 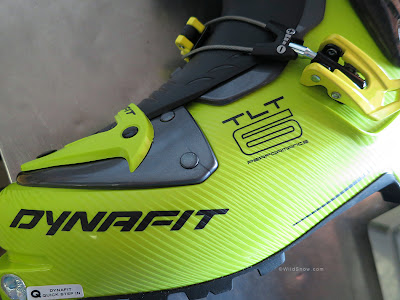 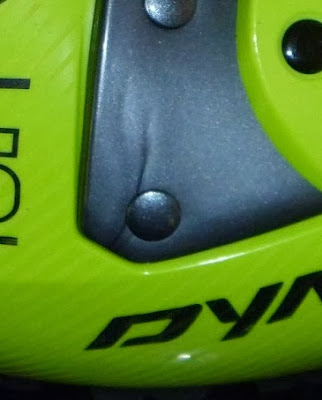 TlT 6 Performance
Both Performance versions and the Mountain versions have the mold marks @ the lower side tongue rivets.

TLT6 Mountain
Just to be clear:
Thankfully it turns out nothing wrong with the TLT6 physically. It is only cosmetic blem and simply the plastic flowing around the pins inside the mold.
Posted by Dane at 3:33 AM

Based on a composite class I took last winter, its a "weld line" that happens when plastic enters an injection molded part and the flow channels meet. Also different areas start to cool at slightly different rates, #5 in this photo should be a good visual. Theoretically it could be a weak point but should be just fine.... :)