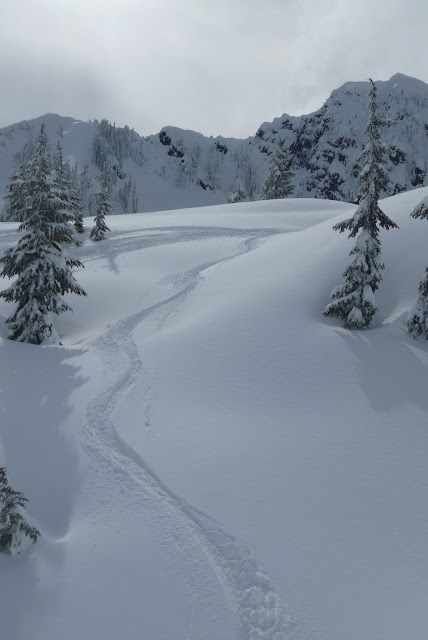 I use to patrol on a great little mtn in Idaho in the late '70s and early '80s. Heli skied and guided some into the late '80s.

Two years ago I had a chance to buy any ski I wanted. I ended up with several skis. But the one "dream" ski I really wanted was a pure pow "toooool". The real luxury ski. The one ski you'd use on BIG mtns. BIG heli days, like 20K vert plus. The one ski i'd want on my old mtn for the hUGE storm days after the area had been closed mid week.

I did a ton of research and ended up with a pair of DPS Pure 138.
Likely a half dozen big skis out there that are similar.  These are just the ones I picked from that crowd.  My 192cm 138s weigh 9# total with no binding.  No clue where Stephen and Marshal get the 8#s they keep quoting in the videos.  May be in the shorter 182 version but I am skeptical.   A I said mine are 9# even for the pair and that is drilled for a set of Dynafits!  Still a light weight ski for the width involved.

This is what the DPS web site lists which is much more accurate using my ski as the example.

DPS 138 Pure (per one ski)  182cm 4.41#, 192cm 4.63#, 200cm 4.85#
Couple of weeks ago I had the chance to ski these on a big Idaho storm day @ in my old area where it was laying down well over an inch per hour on top of a foot of fresh. By days' end we were easily knee deep or more every where.  The 138s as fun as they have been were even better than expected. I was skiing stuff steep enough that required out running my own sluffs. And stuff steep and mank enough to give me some trouble in the old days when I was 30 years younger and 10 lbs lighter and admittedly a much more accomplished skier. The 138s aren't that much fun on groomed snow but they are manageable there if required. But holy chit they will let you ski ANYTHING, easily!
Every penny spent on those skis was repaid ten fold in just one day....and on only half a dozen runs top to bottom on uncut 2200' of steep to moderate knee deep pow.


I may not heli ski again (knock on wood that I do) but the 138s make me want to chase a few big storm tracks across the northern tier next winter. And I am now watching for the last of the big storm tracks this winter :) The 138s are in reality a dream more than a ski for me. But they allow that dream to become reality so, so easily :) 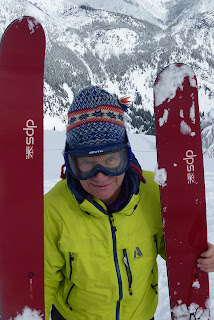 I've got a set of 112s and love 'em. Thought I saw you were selling these things?

It would be tempting if I had a set of stiffer boots floating around. And wasn't unemployed. Pretty impressive these things are just about the same weight as my 190 112RP hybrids.

Mine were the 2nd year they came out. They didn't have a pure/hybrid distinction. They were carbon, with bamboo sidewalls. Lots of fun in soft snow, but I eventually sold them because I got some DPS 112RP skis, that were 90% as good in powder, and did everything else better.

glad to see the skiing content Dane! Hopefully you are out on these puppies in the the latest storm!

Don't suppose you've still got this pair floating around and are still looking to sell? I'm getting powder fever. And have a job again and money to spend.