My buddy Kevin sent me this one today after I begged him for the pictures and called him nasty names for getting in some awesome turns without me.

This may be worse than missing a good day on the ice.

"Woke up at 3 am Friday morning to get up to heliotrope ridge trail head. We were the second car at the TH and followed a set of skin tracks up the mountain. Our original intention was to climb and ski the Coleman-Deming route on Baker. However upon reaching an area just before Colfax we
realized that our group progress was too slow - especially with breaking trail in all the new snow. Instead we ripped skins and enjoyed great turns down. We picked a point to drop off our glacier gear and ended up doing several laps on the face. Around 3pm we called it a day since one member of our group had to be back in Issaquah for work that night!"

Jealous?  Ya, damn right I am jealous!   But some nice turns in those TLTs Kevin :)  Be sure to dbl click every photo for full effect. 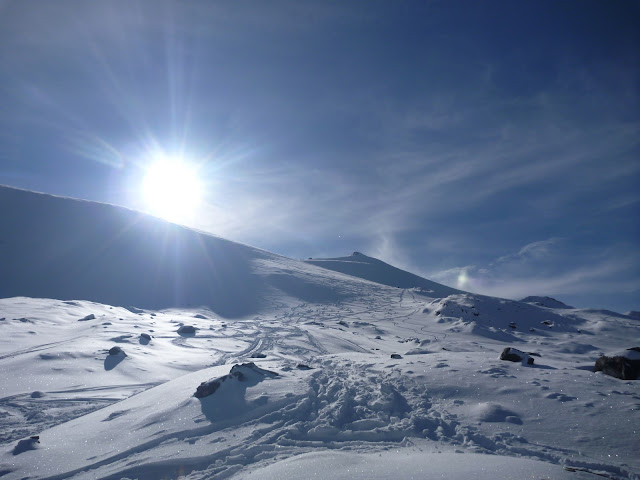 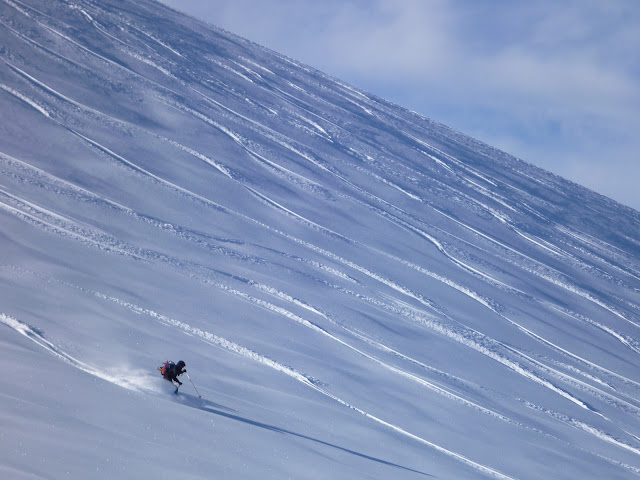 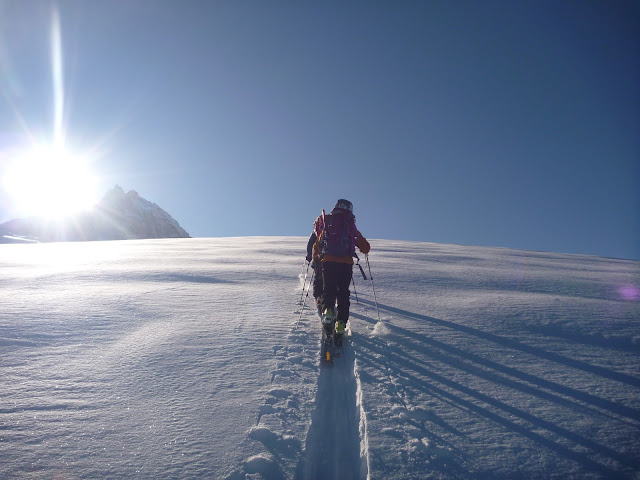 They even had someone setting track for them.  It is killing me!!
Posted by Dane at 4:59 PM