The base layer Hoodies! 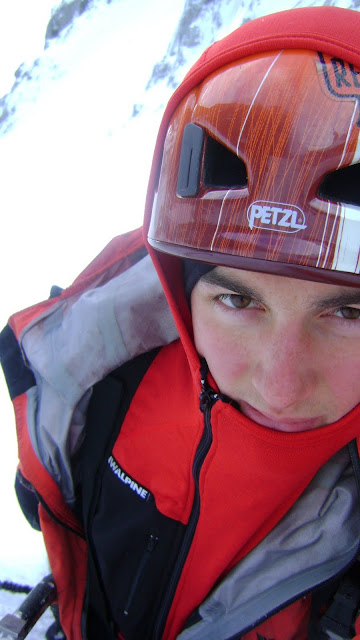 The lwt climbing hoody?  Patagonia made them popular and then dropped them from production.  Popular demand resurrected them again.  May be?  Patagonia is certainly offering some wild color choices in the R1 today.  No more basic black?

"You might want to think about putting some wool next to your body and a light synthetic layer/s over it. Add hoods that will go under and over your a helmet. The “R” series Patagonia hoody or the really simple Nike hoody (which I like even better for cold weather) works well. (Nike version I had is unavailable now)

Headbands under the helmet regulate heat better with helmet and layers of hoods than a hat will. The head band will also add to your warmth if pulled down to your neckline and nothing to drop. I no longer carry a hat. But I pull on or off any one the layers of hoods over my helmet at belays or while climbing. Try that with a hat while climbing a hard pitch!"

I wear and change my hoodies like I do foot wear for climbing.

I have dbl boots and Croc sandals.  And generally a hoody I would chose for each.  No kidding.

More here as to why you want to be able to add head and neck protection quickly:

There are literally dozens of hoodies available now suitable for outdoor use and serious climbing.  Take a look around.  You might find one that suits your own  needs.


A quick look at the hoodies I own and where I use them.

My first 1st base layer in cold weather?  Wool!   Two reasons.  I think it insulates better in the cold where you aren't so worried about moisure transportation and it doesn't instantly reek of BO.

The ultimate lwt wool hoody.  Sherpa Adventure Gear's luxurious merino wool.  I love this thing.  I use this one as a base layer with the option of layering other hoodies over it.  It is a must have for me.   They will be available in store this fall.  Ask your retailer. Super thin and lwt.  Comfy to wear next to your skin.  Hood goes in the helmet 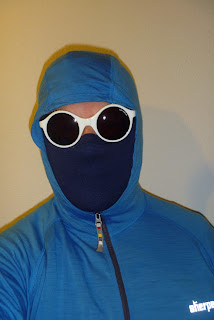 Next up and the one I generally wear with Salopettes as it is a tiny bit lighter weight and breathes better than the Patagonia version imo.  I also like the hood coverage on these.  It is a very similar cut as the merino wool SAG version.  A bit less coverage than the Patagonia version on the hood.  It also has a chest pocket and thumb holes similar to the R1.  Half the price of the R1 and excellent quality.  I actually like the hood and pattern better than the R1.   Hood will go in or over a helmet. 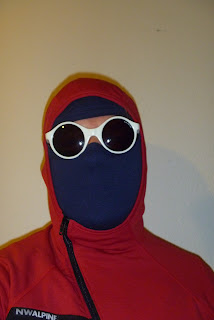 Patagonia's R1 Hoody.  Everyone seems to have one.  I use it as a breathable but heavy weight base layer.  Sometimes it is both my base and mid layer.  Best used that way I think, as a single layer.   Others use it as a lwt mid layer.  Nice chest pocket and thumb holes.   I own two because I use this one a lot.  One is generally in the laundry all winter.  Very long tails and works perfectly with climbing pants.   Hood will go in or over a helmet.  Hood could be better fitted or may be it is just been used over my helmet too much. 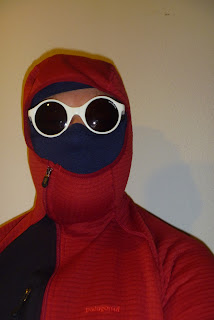 Hoodies seem to me to be defined by material used (and how breathable the material is) and the amount of coverage the hoody offers on the face.  A second version from SAG that rules in both areas.  Super stretch pile.  So it feels awesome on.  I'd love to see this pattern is a grid pile version and in the lwt Merino wool SAG is using on the hoody above.   I think Sherpa Adveture Gear would own the market on Hoodies if they offered those three versions.  Hood on this one is best used in a helmet I think. 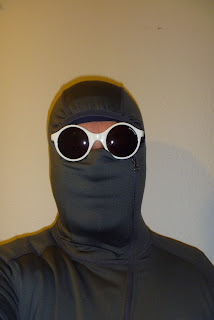 Three hoodies I use a lot climbing that are not climbing specific.  The kangaroo pockets mean you won't be tucking them into pants.  Only the Patagonia Sun Hoody has a tapered athletic fit of this bunch.

Merino wool from Patagonia.  This thing I use every where.  Pajama top?  Around the house?  Cool day rock climbing?  Perfect.  Merino wool pile.  Expensive but bought on sale and worth that price in retrospect.  Kangaroo pocket no zippers. 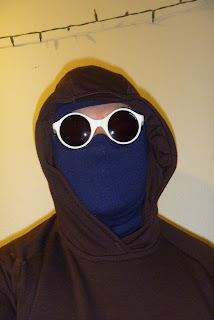 Another Patagonis piece but a synthetic this time....another of my go to pieces at home and in the mtns.
The Sun hoody.  Super lwt weight.  I have used it as a base layer in winter and as a "shell" ski touring.  Super comfortable.  Likely to wear it in the office as I am in the mtns.  Great sun protection.  Pockets depend on the version you buy.  This one has a tiny zippered pocket for keys.  Others have a kangaroo pocket and no zipper. 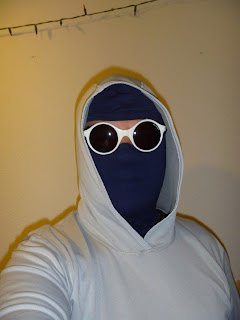 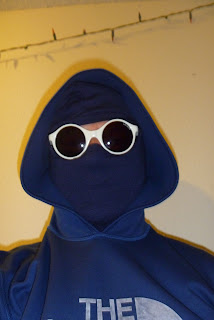 So do you no longer endorse the MEC hoody like you did before? How would you compare it to the others?

MEC hoody? Great hoody and awesome price. I just no longer own one so no pictures or a quick review. As a grid pile hoody (which is a material I like a lot) it is one of the best.

Same grid pile used in the MEC version as the Patagonia R1 when I bought mine a couple of years ago.

There are so many good hoodies out there now I mentioned what I have used, including the MEC but can't write them all up let alone use them all.

I have the NW Alpine hoody and it was alwsys the go-to layer piece last season while I was rolling around in the alps like an empty beer can in the back of a pick-up. However, as far as lounging and anything not alpine based I recently picked up an Arcteryx Covert Hoody on sale and find myself wearing it more and more. It's the sweatshirt I never knew I needed. Not sure how it'll stand up to climbs this next season but I'm willing to give it a go just to have something else to go to in my hoody quiver.

Dane? Nice shots of the hoody fashion show but take down them Christmas lights ;-j

Any chance you've tried the EB hoodie? I've been eyeing but in general don't need more gear unless it's damn good.
Cheers

Selkirk,
EB Bat hang Hoody? There is a reason EB no loger makes it. Nice design but poor pick for material.

Thanks Dane. Do you know if they changed anything for the Hangfire hoodie, or if its just a renamed Bat Hang hoodie?
Cheers
Josh

You should check out the I/O Bio Merino Pilot Suit. It's a one piece base wool baselayer with a hood and sleeves. Basically a ninja suit. Super comfy for me. Really warm, too.