I've never been on terrain skiing in North America or the little bit in South America where I really thought I need a technical tool in my hand let along on a harness or in a pack.

France?  I can't say that.   Stuff gets skied most every were that would likely scare me bad, put me in a pity party and really wanting a rope.  Just seems to be easier to access and more common in Chamonix for me.    But one thing for sure it is not common need for me.

I used this axe from Camp on a trip of the Classic Haute route from Cham to Zermatt.  It never came out of my pack on the couple of small bits of boot packing we did. 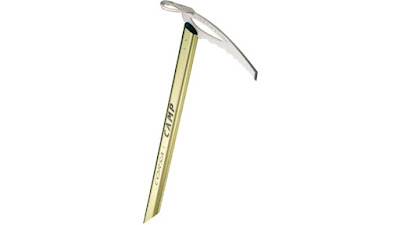 A week later when we skied the Cosmic in hard conditions and I actually did want to rap one more rope length, and needed an extra anchor the aluminum head wasn't my 1st choice for a tool.   But it was what I had.  And it sucked. 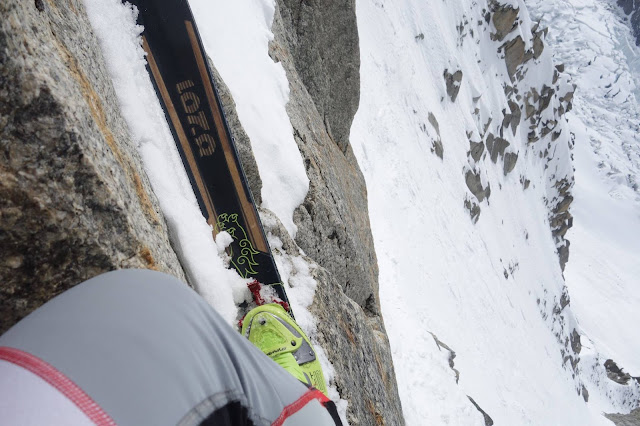 A trip the next day to Snells I picked up this one.   This one or better yet a pair of them you can climb ice with.  Pretty much any ice  :)
The old hammer version, and shortest, Petzl Sum'tec.   After a couple of uses I bought two and used them a couple of times instead on Nomics on easy alpine ice that I skied in and out of.   Only down side in the pack is they are heavy.   The weight is a good thing for me when I am scared and trying to set dubious anchors or want a self-belay while I am trying to set dubious anchors. 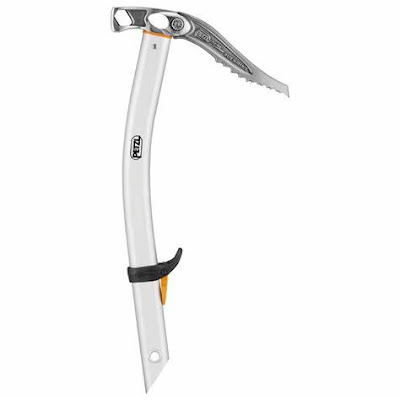 I wrote this in Jan of 2017.
Cold Thistle: Petzl's new tools?!
Been a while but now we know what was then "new".  I had hoped for Ueli's "mini Nomic" but that is not what we got.  Recently I bought a pair of the Gully tools.  Ace and hammer combo.   Chances are I'll be using them some in March.   FWIW...I bought mine on sale in the off season at $99 per tool.  Having seen now where and how they have been used the last 5 years I hope to be pleased with the purchase.   I have a short trip planned mid-winter specifically just to play with them.
Any one care to comment on their own set of Gully tools? 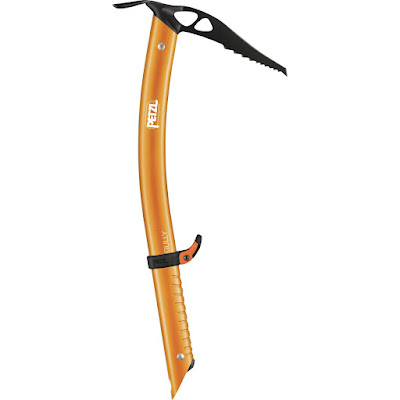 Thanks Anthony!   Among others Colin, Ueli and Kilian have been standouts for adding new techniques and specialized gear for us all in the last decade and more.   Fun trying to keep up! (with just the gear)

Nomic weights are a perfect fit on the Gully tools.   And an obvious advantage in anything but neve conditions. 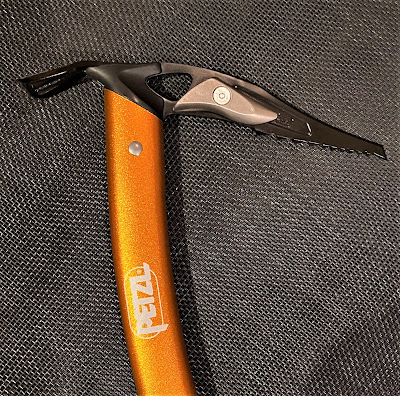 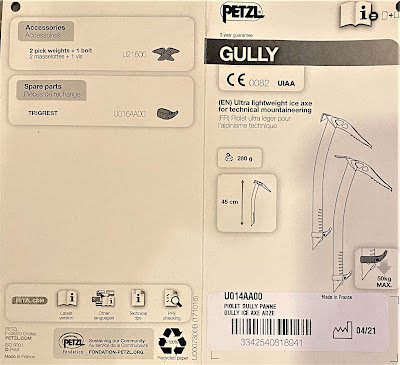 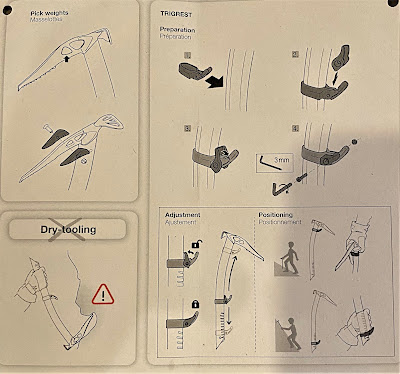 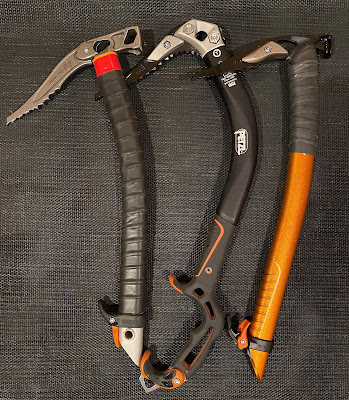 Kinda funny when you look closely at all three.  The fly weight.  The other arguably most versatile ice tool to date.   And an old school knuckle dragger tool that will likely get you up and down anything reasonably moderate in the mountains.  Sum'tec reminds me of the Chacal and the Terro before it.  Both were very capable tools on ice and alpine mixed.  No flies on any of the old style three.
And I remember a time when I thought a Nomic was going to be too light.
Winters coming!
Posted by Dane at 1:11 AM

Glad to have you back. I've had gullies for a while now and based off of what you are describing as a need in the case of extra protection and icy steeps I do not think that they are sufficient as is. It has to do less with the shape and profile and more to do simply with just the lack of head weight for penetration. Granted they will work but you'll likely get some glancing blows unless you're used to dealing with extremely light tools. They do become way more capable if you attach the petzel head weights to them. I believe Colin Haley has used them as such for some amazing climbs, but then again he could probably climb just as hard with the crappiest tool available. They are still a great tool.

Hey thanks Anthony! I appreciate you pointing the use of the Nomic weights out for me. I've been out of the loop for a while obviously :) I can always use the help!