Gear geeking and why it can pay off. 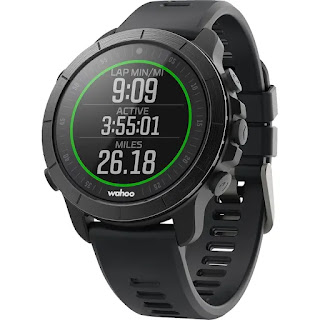 10 years ago I came home from the Alps tired and not recovering well.  One of the toys I had to play with trying to stay on top of my efforts and recovery was a polar heart rate watch.  I'd used in in Triathlons and running in general prior.  And I'd used a Mio HR monitor prior to that.

I was lucky enough to be sponsored by Polar for a few seasons and had great faith in the Polar products because of their support.

I am genetically blessed with a resting heart rate of 44 to 46.   So when I couldn't get my heart rate below 60 after any of my efforts in the Apls (and none of them I'd consider BIG efforts) I figured I was just burn out, and needed some time off and a rest.   That as in April.   By June my resting heart rate was still in the low 60s or high 50s.  Still not good enough.   I just kept blowing the discrepancy off to no working hard enough and by mid-summer intentionally being a lot less active.

My annual physical is in Sept. every year   Even my GP thought I was healthy but thought I should see the ENT guy for some swelling on th exterior of my neck.   I was getting concerned as my throat and side of my face's symmetry seemed slightly off.  Enough that I could see it shaving.    Thankfully a Physician Assistant (who had previously been a MD in Russian) knew what he was looking at.  it was bad enough that 48 hrs. later I was in surgery for stage 4 throat cancer.

I knew there was something wrong.  My resting pulse was sky for me.  I was lucky my cancer was caught before it could go any further or get any bigger.

Neat thing about the older Mio HR monitors was it didn't need chest strap.  The Polar HR monitors did.  They are a pain to use.  But not enough of a pain to ignore one.  I'm glad I didn't.

Today?   I bought my wife a Fitbit watch not long ago to help her on her own fitness program.  Turns out she really likes it.  The little watch tracks her steps, her HR and he sleep patterns.   Handy tools all if you wonder why you aren't feeling as healthy as you might.

I found myself a little jealous of a little watch that does so much.   I have my own testing and endurance data going back to the '80s.  And I like making comparisons to a 40 year younger version of me.  Even more so with some of the health issues I've worked through.

Which got me thinking a watch HRM might well be a handy thing.  Might just tell me when i ma stoking out on the side of a hill or the ditch where I fell off my bike :)

So the bike?  (follow along I'll get there eventually) Power meters 10 years ago were very expensive.  I always wanted one to up my training but never had the coin I was willing to drop on one.  Turns out the price has been chopped in half these days and better yet the data is even better.

Recently I was wanting to rebuild one of my 10 speed Cervelos and though the addition of a power meter would be a fun toy at 1/2 price while doing that.  And it was.  I learned more from 5 ride on a power meter than i had on years training with just a HRM.  Basics is by the time a HRM shows you have blown up you have pretty much toasted the effort for the day.

A power meter can tell you how to ride a fine line and never intentionally blow up if you are paying attention.   I ended up buying a Wahoo Element and a Quarq Power meter.  If nothing else I wanted to see just how different the power of each leg was after breaking my pelvis.  No additional straps and the Element takes care of the rest through a phone app that you can study and apply at home.

I was liking the power meter a lot and learning from it.  It didn't take me long to start thinking GPS tracking of my actual ride would be pretty cool.  But I wasn't interested in another computer upgrade.  I also started thinking a no strap HRM  and  the addition of a I phone might be really handy climbing, running, and swimming.  Might be a few other things I could use it for as well.  I'd seen them from Garmin and Yahoo and thought what a waste of money originally.

I had ended up with a good size credit at my LBS selling my tri bike.  On a lark really, I bought the Yahoo Element Rival watch.

On the best purchases ever for me.   If I had known I'd likely not have bought the power meter.  I am still learning how to run the watch but so far it gives me way more info than I can use at the moment for training and a GPS route of every workout with a lot more useful additional data.

I like tech tools that surprise me and help me do more with less.   I like knowing exactly how my main machine is working.    The Rival makes that happen.  YMMV.