Tracy on boots and tech gear... 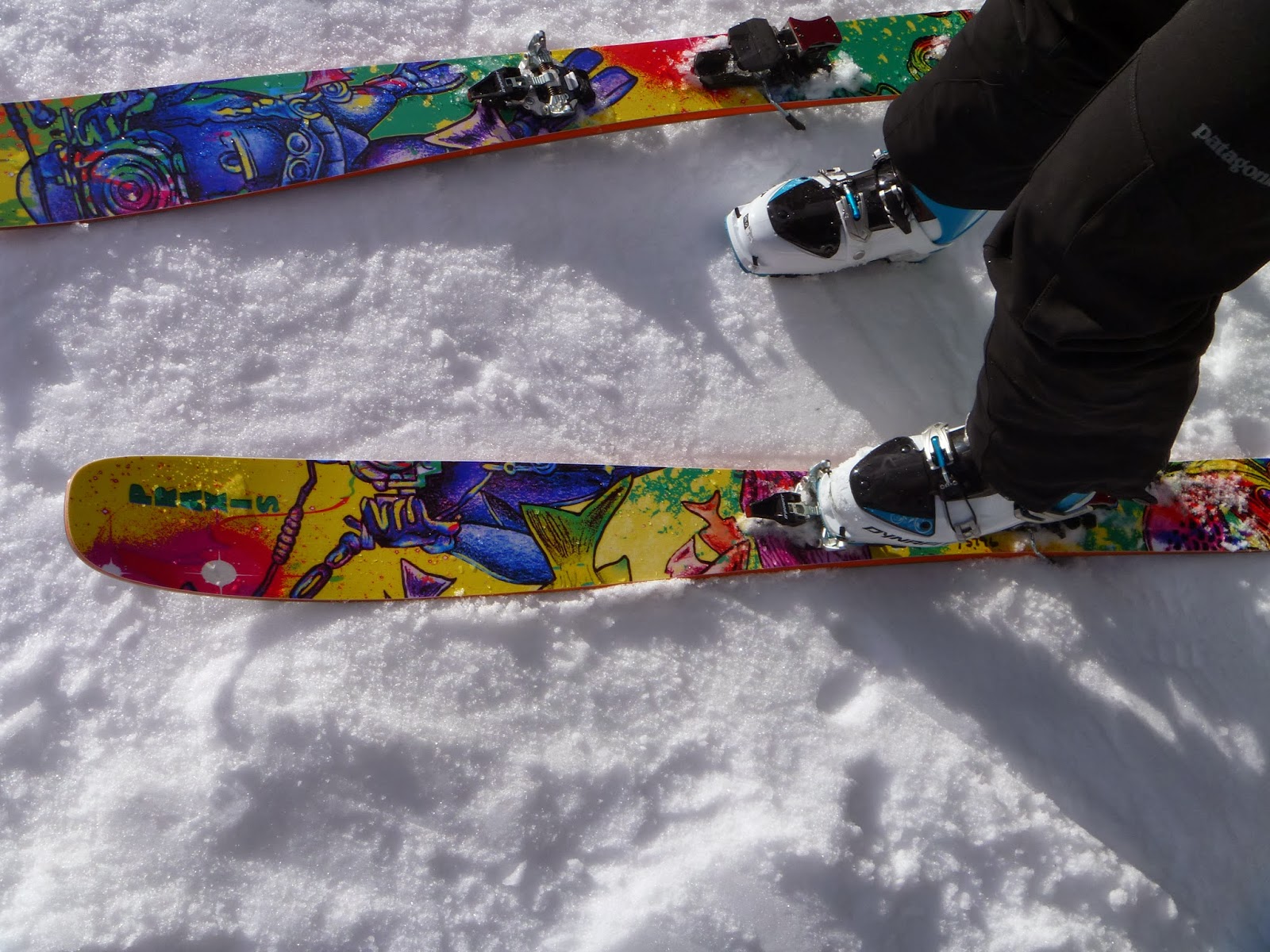 I'm sitting here at Dane's computer wearing my One's and amazed how great my boots fit!  Gear today is such a completely different world.

It's been an adventure getting back into skiing this year.  Past history: I last skied 20+ years ago, always on second-hand downhill gear that was less than expertly fit or tuned.  I was an aggressive skier with little technique or control - I liked going fast!

But age and intelligence have slowed me down considerably.  In getting back into the sport I realized that I would need much better skills and, married to Dane, I was assured of much better gear.  So I signed up for lessons, bought a pass and left the rest up to my intrepid (and long-suffering) husband. 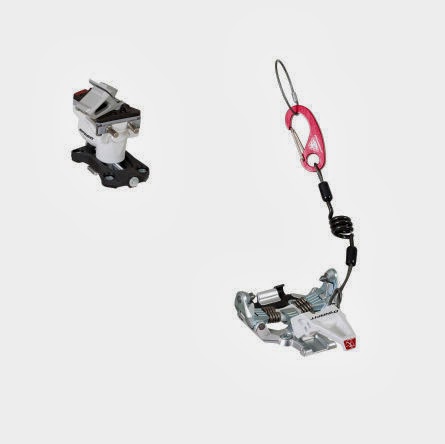 I know all the angst about me starting back in tech gear - but let me just say - knuckleheads!  It's fabulous and I am skiing way better than I ever have before.  Yes, I have to pay attention when getting into my boots and skis - but I am a moderately intelligent human and, trust me, it has not taxed me at all.   The trade-off in lightweight, walkable gear is well worth it.  I don't feel like I'm robocop geared out for full battle, but rather as if the boots and skis are truly an extension of my body.  Isn't that the way it should be?

As for brakes vs leashes; I used leashes all those years ago and never had a problem with them then - and I crashed, explosively, a lot.  Did I say I liked to go fast?  I started off with brakes this time but the ramp angle made it tough for me to truly stand up - the switch to leashes has improved my posture and thus my balance a great deal.  Yeah, hooking them up is another fine motor skill requirement attempted while wearing bulky gloves - but again, I'm not racing against the clock and it doesn't slow me down.

So here's the rundown: I'm on Praxis Le Petite's, Dynafit One's and Dynafit Speed bindings.  I've been skiing since Christmas and every outing I've made minor adjustments, both in my skiing and in my gear as I learn more, improve, and expect more from both me and my gear.  I'm skiing mostly blue and green runs, certainly not a trail-blazer but I've been in and out of heavy snow, ice, and some terrific snow.  And while I may have let myself down, my gear certainly has not.  In fact it's allowed me to improve steadily and certainly upped my confidence level.

For my real-world job I've often had to spend long hours outside in blizzard or monsoon conditions (all here in the Northwest) and had developed a true distaste for winter as it mostly meant nasty commutes and long uncomfortable hours on the job.  This is the first winter in years where I have looked at coming snow storms with glee and anticipation rather than dread.  All because of a return to a forgotten love affair with skiing - only this time around I am being treated much better!  Having the right clothing has made a major difference in my enjoyment of winter weather.  Women's specific Mountain Equipment Goretex shells and down insulation is a major part of why I am enjoying the nasty weather.

One last note: you may wonder why I'm sitting at a computer wearing my boots.  Mostly just because I can.  I've now gone through three boot fits with three different liners - the Dynafit OEM's, wrap Palau's, and now the Godiva Intuitions.  The women's specific Godiva Intuitions, along with far and away the best boot fit ever at Gerk's in Issaquah, have made my ONE's a marvel!  So I'm sitting at the computer in my boots because they feel incredible.  Can't wait to get back on some snow tomorrow! 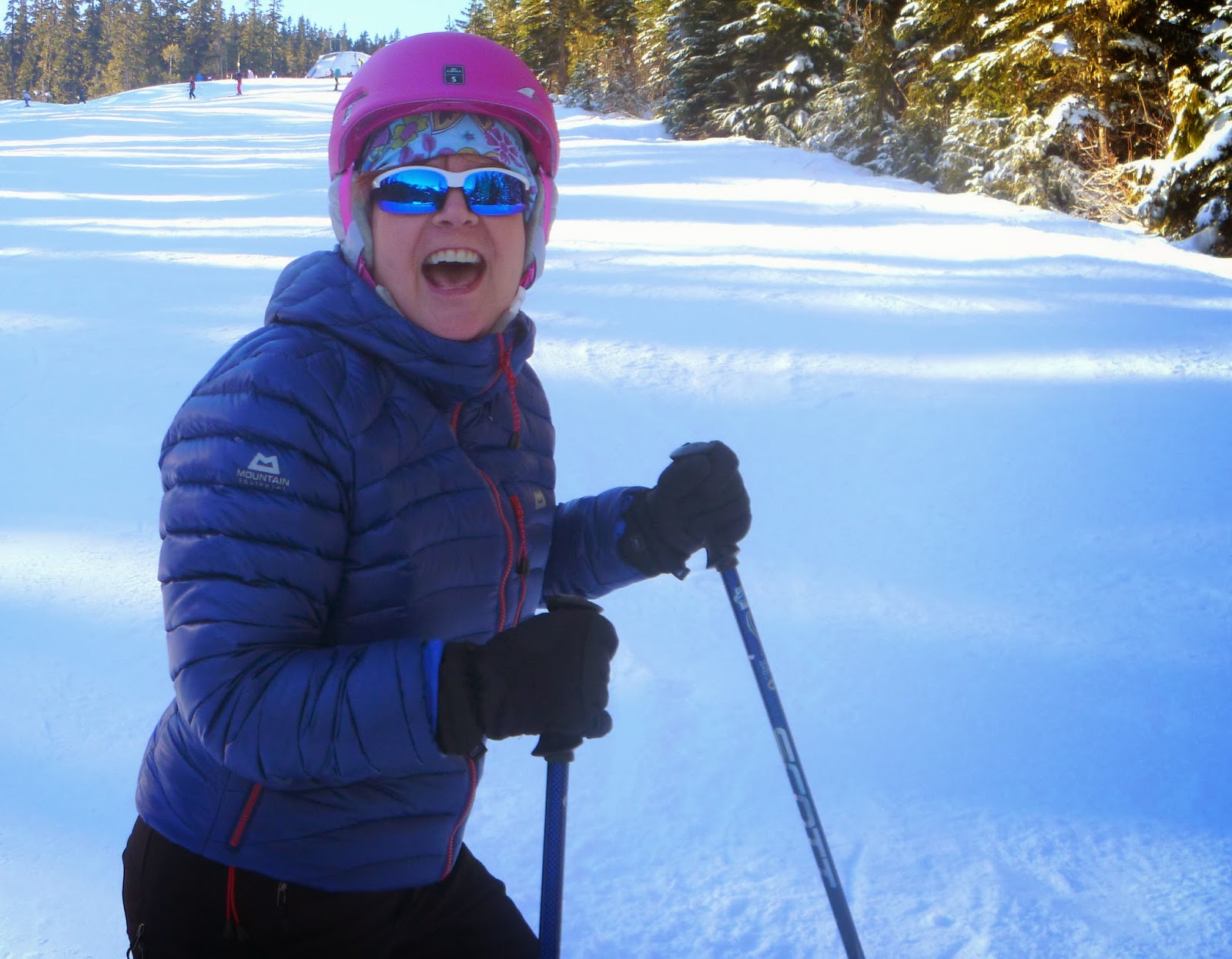 So what's it like having a husband who has more expensive clothing and boots then you :)?

She gets the closets. I get the gear room (s).