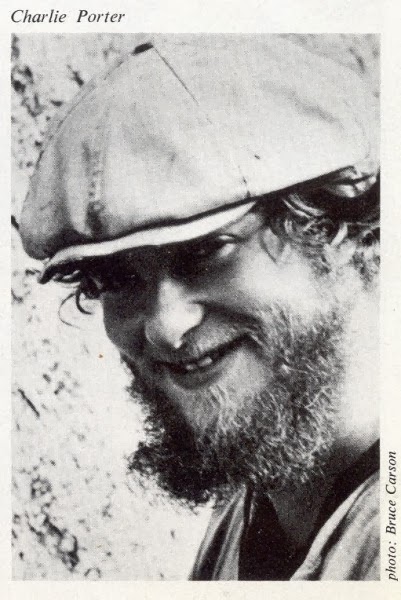 Already famous for hard first ascents in Yosemite, in 1975 he soloed a first ascent on Mt Asgard on Baffin Island and in 1976 made the first solo ascent of the Cassin Ridge on Denali, in 36hrs.

Charlie had spent the last decades based out of the deep south of Chile, running various yachts for scientists and climbers. He avoided the spotlight, but continued his adventures."

From: Rock and Ice, 1993 by Mark Chapman and George Bracksieck. 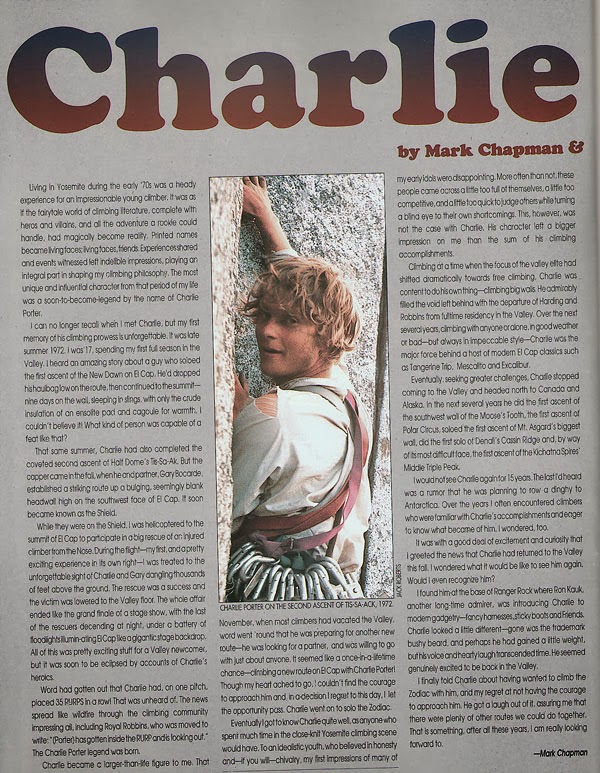 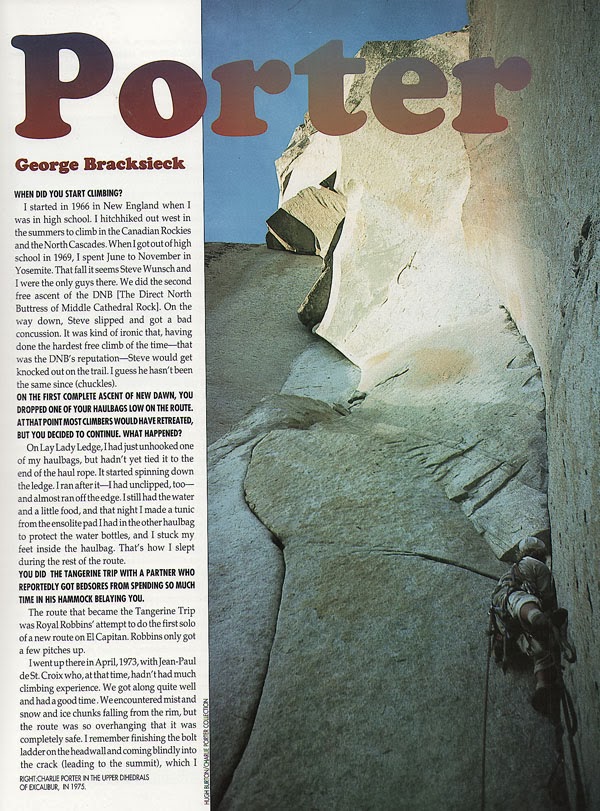 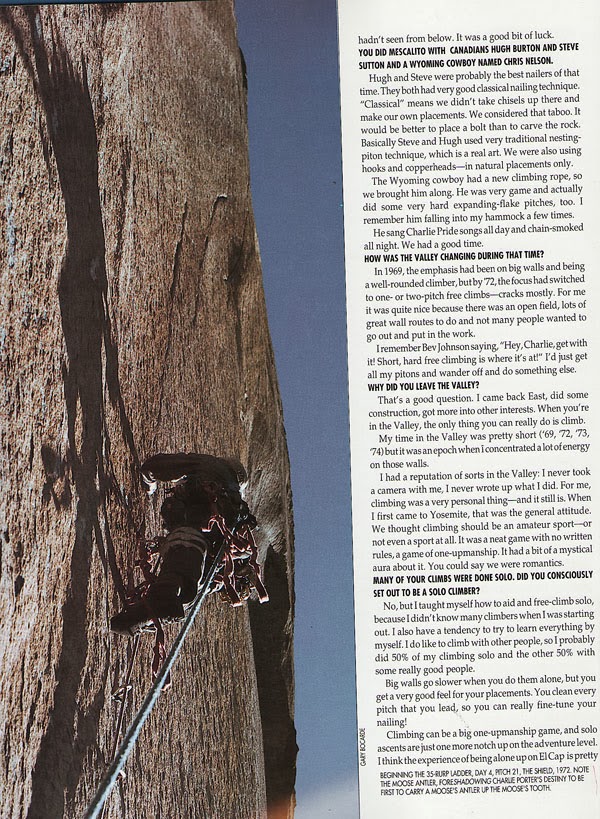 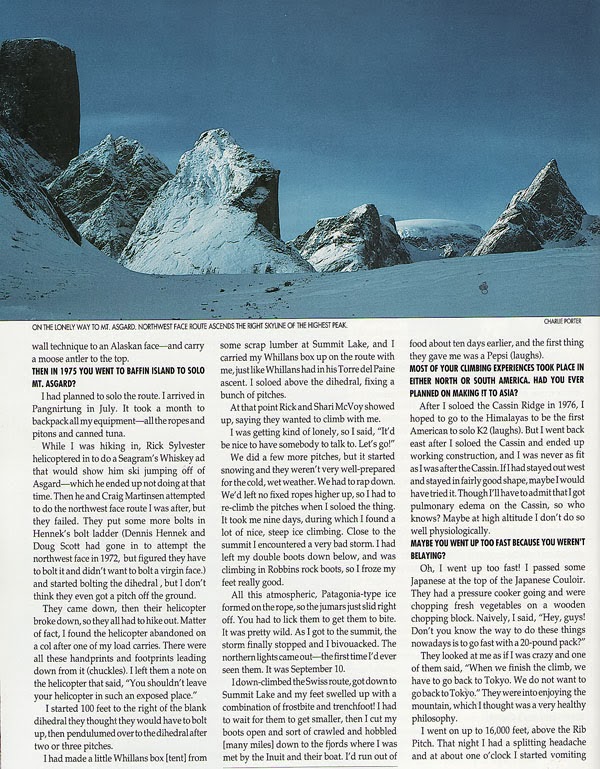 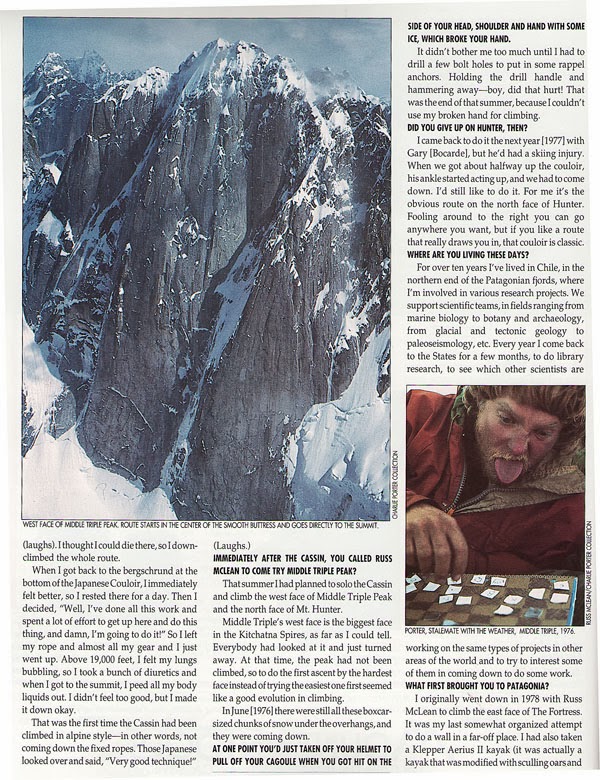 http://www.supertopo.com/climbers-forum/1042245/CHARLIE-PORTER-INTERVIEW
Posted by Dane at 8:12 AM