I have a buddy who found climbing late in life. He really enjoys climbing and doing moderate classics here in the Cascades. With easy access to the volcano's locally one of the side sports seemed really fun to Joe, which was, alpine touring. Joe took a buddy's advice to heart, which was, "learn to ski first or you'll hate it". Good advice I think to a beginning climber who had never skied.

So Joe has spent the last four winters not only learning how to ski but becoming and PSIA instructor while he was at it. Last week was his first day out on AT gear. The question now is will he continue?

One of my most fond memories in the mountains was cutting under the ski area boundary rope late one spring just before the area closed for the season. Skiing was just skiing back then. No AT gear.   Cross country gear was skinny stuff done in running shoes for the flats. But I do remember the amazing freedom I felt being able to go "just anywhere" on the hard pack spring corn. We only did a couple of runs that day but they are still some of the best skiing I can remember today.

That kind of spring skiing lead to a lot of hiking up hill carrying our skis and ski boots over the next decades. The original goal in our little group was to ski every month of the year. Not sure if we ever managed that. Although I have now by traveling to the southern hemisphere. But that would have been considered cheating by our old standards. 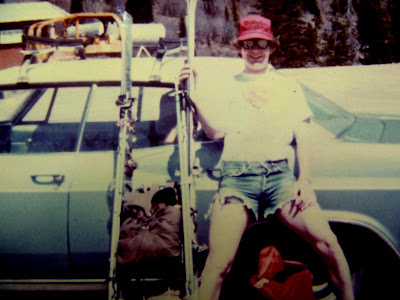 Late spring skiing in the Pacific Northwest generally starts on Mt Hood because they had/have a summer ski program. But if you were willing to hike, Mt St. Helens (pre-crater) , Mt Rainier, Mt Baker and Shasta were all easy goals. So I was always a skier, who slowly became a climber because what I really wanted to do was ski. 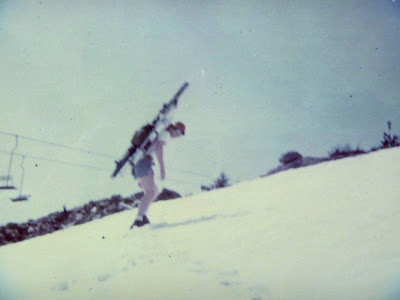 I have the idea that the best alpine climbers are generally good skiers. Steep snow and weird conditions don't phase them. If you ski and climb you look at the conditions and the steepness of a slope differently. Knowing what conditions you can get stopped on if you fall and what you can't is always a good thing. Falling while snow climbing is likely a unusual situation. Falling on a pair of skis may not be.

Everything that applies to skiing applies to alpine climbing. It is gear intensive. The very best gear these days is super light and will allow you to do things much easier and much faster with less energy output.   I admit to a bit of bias here but if you want to see how someone climbs, watch how they ski.  Or if  you are forced to play with one, watch how they board  ;-) 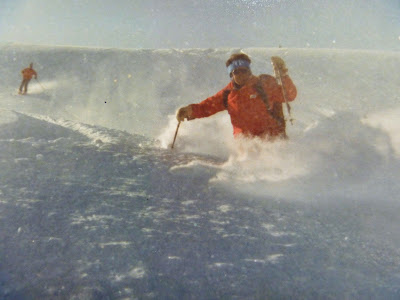 The final gut check is are they willing to hike for turns in the spring and summer?  If so you might well have a budding Alpinist!   Make them break trail a season or two before you commit though.  More if they ride goofy foot instead of ski.  ;-)
Some sports never change. The players obviously do.
At least we don't have to carry the boots now.  Some how it is still the extra baggage that seems an issue. 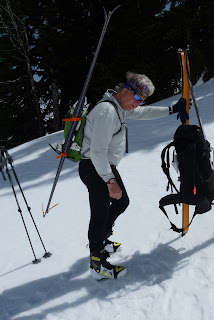 late May '11
It is always steeper than it looks! 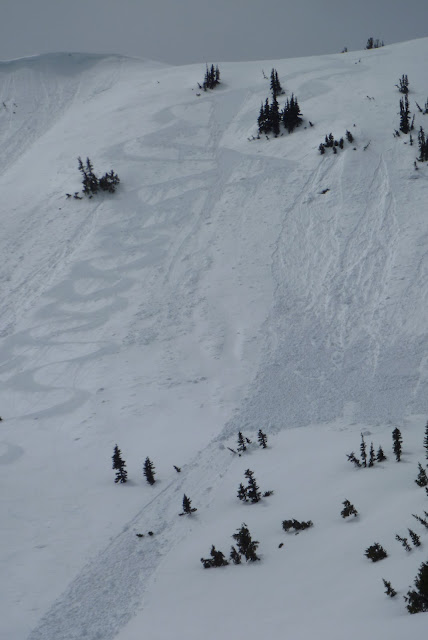 Joe likely questioning his own sanity a few hours before his first AT turns :) 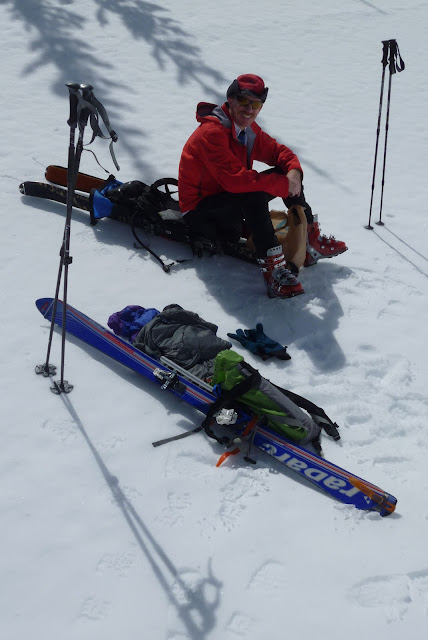 Except on rock (for me it was Crimea cliffs), i've always climbed to ski. Or to at least look if it was/can be skiable, if i didn't had skis or there were not enougth snow. Or to look at where to ski in winter, if it was summer.

If it wasn't about ski, i guess i'd be a semi-permanent flatlander.

I think the line is beginning to blur between whats a ski decent, a ski mountaineering route, and an alpine climb, they all can have sections of vertical ice, raps, mixed pitches with rock etc.

Its also interesting to see how people select their gear and how they pack and how that changes over time as their style and objectives change.

Great article....i'm not quite there yet (to climbing) but it certainly is something that appeals to me