The Dream? The Adventure! 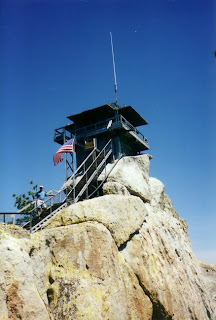 I don't know what climbing, specifically alpine climbing, means to anyone including myself. I can no more tell you why climbing is so important and good for me than I can tell you how the universe was created or what "life" is.


But I know it started as a dream, a wish for adventure and a ability to comprehend what I saw in nature as something more than just special.

No matter what I climb, the type of terrain or how much I enjoy the moment it is all related to being in the mountains eventually and alpine climbing.

I get teased sometimes about my obvious boot fetish. Couple of things happened recently to bring me back to the original "dream", cold feet and why my desire of wanting to climb so badly.

The boot fetish is based on the reality of spending a lot of time out doors as a young kid. My parents hunted, fished and skied. Of course all that slowed down when they had kids..at least until we (the kids) could walk. And by walking I don't think we had to be able to walk far before we were off on their adventures. From my childhood I remember three things from those adventures, cold feet, how I liked heights when everyone else got scared and how much fun it was to be in the snow.

So the boot fetish should be easy to understand. I had cold feet from day one!

In the late 1950's the lookout shown above was the first place I remember seeing, and others talking about, climbing. I can remember my Dad walking with me out to the lookout and back hand in hand on that set of stairs. I was in the 2nd grade. Imagine my surprise to find out the Needles had its, "first recorded technical climbing is April 1970, Fred Beckey, Dan McHale, Mike Heath climbed the South Face of the Warlock, an 8 pitch climb rated 5.9." That ascent is of course a a full ten years after me seeing climbers in the Needles.

The view of the Needles from the lookout. 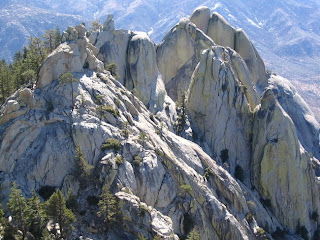 That was 50 years ago and I still get a thrill remembering the journey. It was another 10 years before I was to actually climb. But not because of a lack of desire. As I aged I remembered the thrill of that simple visit to the Lookout and the awe I had for the guys climbing on the rocks.

Learning to ski held my attention as did dirt bikes, basketball, football, bicycles, guns, knives and swimming. In the late '60s and early '70s our high school library carried a French magazine called "Paris Match" and even though I was taking French I couldn't read much of it. But, my Oh my, the pictures! Rene Desmaison made me WANT to be a alpine climber. Add a subscription to National Geographic my Grandmother gave at Chrismas every year since I was born (really, since I was born) and how could I not WANT to climb :)


" Readers of Paris Match read his dramatic reports and a radio audience measured in millions shivered with him during a live broadcast caught in a storm on the north face of the Grandes Jorasses......

In the 1960s when many of the so-called “last great problems” in the Alps were being addressed, Desmaison played a leading part in solving them. One attempt on the unclimbed Central Pillar of Freney, high on the Brenva face of Mont Blanc, became a France v Britain race. A team including Chris Bonington, Ian Clough and Don Whillans had a day's lead and were attempting the difficult overhanging crux of the climb when a group led by Desmaison appeared, attempting the same pillar by a nearby line. Bonington recalled that the corner crack they were trying to climb was too wide for their pitons but too small for the protective wooden wedges they were carrying. A request to the French for suitable gear met a firm and not unreasonable “non”, as the same gear was needed on their own route. Bonington and Whillans persevered, overcame the crux and dropped a rope to the rest of their team which the French then asked to use to ascend the difficult pitches. The rope was left, but seemingly failed to find a mention in French accounts of the climb.

Desmaison's closest brush with death came in the winter of 1971 attempting a new route on the Grandes Jorasses. With Serge Gousseault, a newly qualified Chamonix guide, the two climbers became trapped by violent storms sweeping the mountain face. After six days of slow, difficult climbing the weather had closed in. They reached a summit cornice, an overhanging lip of snow and ice, only a short distance from safety but were unable to move, hanging from pitons in a festoon of ropes. Rescue helicopters twice arrived above them but failed to understand Desmaison's signals for help. On the 12th day Gousseault froze to death and it was two days later that Desmaison, near death himself from cold and dehydration, was air- lifted to safety. Two years later he returned and completed the climb, once more arriving on the summit in a storm. "
René Desmaison, French mountaineer, guide, author and film-maker, was born on April 14, 1930. He died on September 28, 2007, aged 77

So between Desmaison and Gaston Rebuffat, another French Alpinist with a penchant for photography, writing and good climbs I was hooked long before I ever owned an ice axe.

Skiing, when I started, most still used leather boots. And the boots could be used for walking as required as well as skiing. Not cutting edge technology by any means even then but a whole lot of fun. Not a lot of difference between skiers and climbers then from my limited perspective.

Then while in high school our family moved to a little town just east of Mt. Adams. From our new home you could see Mt Hood, Mt Adams, St Helens, and of course Mt Rainier!

Now I just had to learn how to climb mountains! Of course I had no clue just how much mountains and climbing would come to influence the rest of my life.

That was my start. Yours? 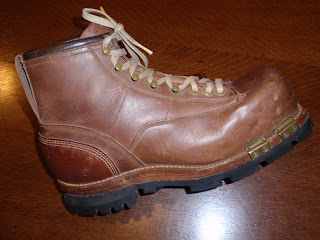 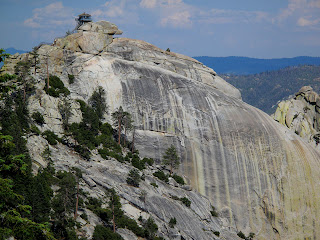