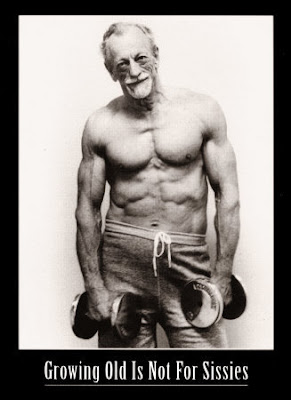 OK, no question I am sensitive to this subject.  The recent cancer and more major rehab efforts in the not so distant past than I care to remember high light that sensitivity.  But with what I realized just recently was over 40 years in endurance sports let me offer a few comments and more opinion yet..

I first noticed "enhanced athletes" when one of my climbing partners was light years beyond any of his peers in strength.  He also had a health club membership that cost more than my monthly apartment rent while we were in our mid 20s.  His personal coaching staff and trainer costs were way beyond the club's membership dues.   Younger than me by a few years he had already successfully competed internationally in two different sports.   He was gifted, talented, strong. and well supported financially.  It was years later before I put two and two together and came up ( in my opinion) with the idea of his obvious use of performance enhancing drugs.

The same guy worked hard and was obviously talented as well.  I've know a number of world class athletes over the years.   But it was obvious even then what he was getting from his work outs was not what we were getting from ours.

Still it is only my opinion that my friend was using "dope" to enhance his own climbing.  After all, how many enhance their own climbing by a little "weed" these days?  Last trip to Index made it obvious many do.  Red Bull,  a triple expresso, Gu?  Where does it start or end?

How many will take advantage of the IV option in the Grand Columbian Ironman distance race in September?

"For all Iron and Super distances (Aquathlon included) athletes may optionally purchase an 1000 ml IV during registration for $35 that guarantees them accelerated post race hydration and accelerated recovery. The purchase will assure you a no hassle IV that will set you on course for a quick recovery. We will have medical staff waiting at the finish line to administer them."

I know from experience how long it took me to fully recover physically from a sub 12 hr long tri course event.  No question an IV would have helped that recovery.  I used two "force feed" 1000m IVs after a nasty bit  of food poisoning when I was still required to perform, for "better or worse".   But how can you not consider that doping?   The same (IV) is a common occurrence in the pro peloton btw and totally legal.  And how do you decide when to do an IV and what to add to them.  It is so easy to add something to an IV.   I literally lived off nothing but IVs for 5 months last winter so I know some of what is possible once you start sticking needles in your body.  Yes,  that was just an IV, no food or water via the mouth for months.   It isn't just a slippery slope but a quick road to hell if you view doping as "hell".

I have friends in the military who have commented about the use of "juice" used from Viet Nam to Iraq and Iran.  And none of them were pilots.

For any climb going past a 24hr c2c effort there are a lot of ways to chemically enhance your physical abilities if you are willing.  Funny though as my only recovery for any climb has always been a hot shower, a good meal and some decent sleep.  Even the massages I have always saved for after a hard bike or  exceptionally hard run.   Just never had the money for a massage when I was climbing hard.

Take a look around any big city triathlon or the local road races (bike or running).  Sorry but IMO 60 year old men just don't finish in the top 10 or even top 20 of a 500 person race without being a past professional or a damn good collegiate athlete in their 20s.   Even then top 10?  Not on their own is my bet.  The availability of drugs for the geriatric crowd these days is simply amazing and more common than you might think.

"Through the intelligent application of today’s performance enhancing drugs, we no longer have to succumb to the natural stages of life. So long as that man is willing to do his part by putting the required effort into his training & nutrition, he will be able to stave off and even reverse the aging process on both the inside and the outside."

But then may be I am full of shit and no one really has any idea what the human body is capable of yet.
May be the world really wasn't flat after all.  Imagine the possibilities.


Just food for thought.
Next?  Back to the regular program of climbing and awesome gear.

I think there is a big difference between using drugs to push yourself (as in climbing a big mountain) and using it for unfair advantage in a competition.

Drugs with health hazards should obviously be forbidden, but I don't see a problem with any performance enhancing stuff, as long as it is safe and equally available for all participants. In a way it's like in motor sports, where there are strict rules on how you are allowed to trim the engine. Formula 1 for example has forbidden many things simply because only the biggest teams financially can afford them.

I think doing drugs is hard enough on it's own without adding sports in to the mix. Keep them separate I say, like drugs and machinery. Or drugs and doing anything at all requiring any kind of coordination.

Although fantastic physical feats whilst on drugs are not unheard of, I am sure. I remember once managing to swallow the entire universe while on drugs in an igloo in the arctic circle.

Any drug could be stretched in imagination to be an “enhancer” of some sort. The real question is do the “enhancers” treat life threatening conditions or just help sending 5.12s (but would you die if you don’t send it?)? Pharmaceutical industry does not obviously care what to produce for as long as it is for profit.

So, how legit are they? One can always avoid Diamox, if lucky enough to never develop AMS, or reside at high altitude, or be rich enough to invest in the pressurized bed chambers to sleep in regularly. For the most mortals, that is not the case. Is Diamox really a performance enhancer when life is at stake? I have a bad history of getting AMS at > 14k real fast, so would I give up on the Diamox that deals with my physical disability within minutes, because it is unethical? I don’t think so.

Diamox? If taken according to the directions..ie prophylactically. Other wise it is likely a nothing more than placebo.

"To reduce the incidence of Acute Mountain Sickness acetazolamide is sometimes taken prophylactically, anywhere between 125 milligrams (mg) to 1000 mg per day,[9][10] starting a few days before going to higher altitudes. Such use is recommended for those ascending from sea level to 3000 meters (9800 feet) in one day, or for those ascending more than 600 meters (2000 feet) per day once above an altitude of 2500 meters (8200 feet).[11][12] Also, prophylactic use is recommended for those with a significant history of acute mountain sickness.

Acetazolamide forces the kidneys to excrete bicarbonate, the conjugate base of carbonic acid. By increasing the amount of bicarbonate excreted in the urine, the blood becomes more acidic.[12] Acidifying the blood stimulates ventilation, which increases the amount of oxygen in the blood.[13][14] At high altitudes, climbers hyperventilate in response to lower oxygen levels. The hyperventilation results in reduced carbon dioxide (an acid) and a respiratory alkalosis. The normal physiologic response to a respiratory alkalosis is for the kidneys to increase excretion of bicarbonate (a base) to compensate for the loss of carbon dioxide. This kidney response takes a few days, however acetazolamide in a sense accelerates this process by leading to a more rapid renal bicarbonate loss (metabolic acidosis).

Note that acetazolamide is not an immediate fix for acute mountain sickness; it speeds up part of the acclimatization process which in turn helps to relieve symptoms.[9][15] This may take up to a day or two, and requires waiting without any further rapid ascent. It is often advisable to descend if even mild acute mountain sickness is experienced. If serious sickness is encountered, descent to a lower elevation is considered to be mandatory unless other circumstances present greater danger."

Sounds like classic sport doping to enhance performance to me. But I have also used it above 20K feet a couple of times so I am not condemning anyone who has decided they require it.

Unlikely to be a placibo according to this peer reviewed study:
http://www.ncbi.nlm.nih.gov/pubmed/22711752

Diamox has been used for years successfully treating AMS. But it is not an aspirin to take at 14K when you get sick...but a drug that works best taken prophylactically prior to HA exposure.

Yes, pretty much like aspirin or "for fast relief of". But then again this has been shown in Europe and as such, it does very little for FDA approval.

Two points stand out that have been generally accepted in the world wide use of Diamox for AMS over the last *50 years*.

"Gradual ascent is desirable to try to avoid acute mountain sickness. If rapid ascent is undertaken and Diamox is used, it should be noted that such use does not obviate the need for prompt descent if severe forms of high altitude sickness occur, i.e., high altitude pulmonary edema (HAPE) or high altitude cerebral edema."

Dosage is 500 mg to 1000 mg daily, in divided doses using tablets or extended-release capsules as appropriate. In circumstances of rapid ascent, such as in rescue or military operations, the higher dose level of 1000 mg is recommended. It is preferable to initiate dosing 24 to 48 hours before ascent and to continue for 48 hours while at high altitude, or longer as necessary to control symptoms."

I have Menieres disease. I took methazolomide for awhile, but it was harder to find. My doctor switched me to diamox which is also a diuretic. I can say I struggle badly above 9k but labor on. I summitted Mt Shasta this year and had much less problem with breathing. Noticeably easier. I only take 250mg. Seems the disease that makes life suck at times also gave me medicine to make the activities that make life worth living much more enjoyable. I don't think there is anything wrong with whatever you feel is needed to meet your personal goals. But if you are in a competition or etc then there should be full disclosure.