I had left Chamonix in the Spring of 16 burnt out and sick.  I had bailed on a 6 week pre paid trip less than 3 weeks in.  Heart breaking for me.  But my heart, soul just weren't into it.  I needed a change in life style.

Buy the Fall of 2016 we had sold our home of 25 years and moved 500 miles south west to the Idaho desert.   No real snow close to speak of ( really Rainier and Alpental were close) and what therefor snow  is goes fast in the Spring.  I am close to the Sawtooths, and the Tetons.  Sun Valley is just up the road.   Haven't been.   And we are close to where I grew up as a kid, or at least closer than the Cascades.

Moving was wonderful change of place and pace for our family.  The family grew by 5 more horses on the way.  For a total of 6.  The new 5 all under 4 years old then.  Now we ride them all.   We adding acres of hay to nurture, cut and bail twice a year, water to run during the irrigation season, May to November. and horses to feed every day, twice a day. 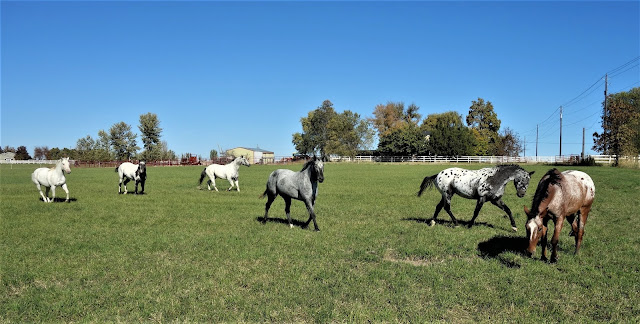 I got busier than I ever thought possible.  But no skiing, no climbing and not riding any bikes to speak of.  When I was riding it was a horse.  Something I had really missed from being a kid but just never realized how much.

Less than a year later (Spring of 2017)  my wife got in a horse wreck riding in a remote section of the Snake River canyon.  A badly broken the pelvis the result.  A harrowing day followed with a life flight at the end of it.  Two surgeries and a month in the hospital and then months of rehab followed.

Almost  a year to date (Spring of 2018) I broke my pelvis but thankfully not as bad.  And I was "lucky" enough to do it in our arena, a few feet from the back door on our house.  No surgery but again months of rehab.   Tracy likes to refer to it as pay back for not taking better care of her the first time around :)   Truthfully? Knowing what a broke pelvis is like now....I should have been a lot nicer and way more helpful!

And you thought climbing was dangerous?

Today were are both back on our bikes and running again.  Life is good.   And I feel like writing again with new adventures just around the corner coming up.

I get an occasional question  here on the blog.  They always surprise me.  I really thought Cold Thistle  would just cease to exist.   I have only ever written about what interested me.  If anyone else found it helpful or entertaining that too generally just surprised me.  Eventually a few folks saw what I was doing and spun their own web and most of them were doing it better with some rational behind it besides "just for fun".  Good for them!

I had a question on skimo race suits today.  Which I actually know very little about.  But I have two of them and I like to use them on occasion.   You can search that topic here but what I have is a Dynafit suit and a Camp suit.  The Camp is 8 years old now and the Dynafit almost 6 I think.  Likely made in the same factory but also slightly different.  Both are good from my limited use.

If I were looking for a new one today I'll head to: Men's Race Suits (skimo.co)

They'll answer most any question you can ask and should be able to sort you out quickly.

Race suits are an acquired taste.  But once you try one, you'll likely know pretty quickly if it is for you or not.  The cost seemed a lot of money at the time.  But I've also got a good deal of use out of them and will continue to for some time yet.  Money well spent for me.   If you wear Lycra on a bike you are  probably doomed to own one.  And they look cool on any boot pack :) 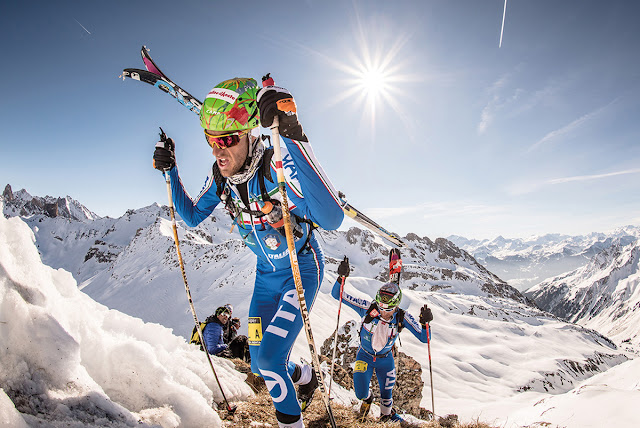 So Skis?  Yep I am excited about a new ski that I can find little to no info on.
I have been a big fan of Dynafit since the TLT5.  Most of the skis I do use are still Dynafit.  There are 2 dozen pairs of skis in my shop, many still unmounted.   I just slowed down mounting and testing once I found a couple of skis I really liked and was writing less.   But may be I am just a hoarder?!  I had a chance to go to Las Lenas late summer of 2015.   And lucky enough to snag a pair of early Dynafit Denalis to take along.  I simply loved the ski.  There on a mostly Spring corn or glare ice conditions.    I looked for the ski on sale the next summer and was able to buy a couple of spare pair, cheap.  But still skiing on my original pair that have been drilled twice.  The early word came down that the Denali was breaking and was going to be discontinued and then replaced.  I thought bummer!  At least we'll get another ski like it.  The replacement was called the Dhaulagiri and bright pumpkin orange in color.
The 176 Denali weighted in at 2# 12oz for one ski.
The 177 Dhaulagiri was @ 3# even for one ski.
Your probably asking, "why do I care?" by now.  You may not but here is why it interests me.
Enter the new Black Light 95.
The Black Light 178 weights in at the same old 2#12oz for one ski  or 1247gr. in my 178cm length.
All these skis are/were '95 plus under foot  I found the Denali and amazing all mountain ski.  Back country, touring, even lift skiing.  Amazing on ice and hard snow.  Good for the width in soft.  I really like it.  And have yet to break a pair.  The  Dhaulagiri is virtually the same ski as the Denali for side cut and rocker, "I think",  but I have yet to ski them.   The plan was I would mount them after I broke my current Denali.  Not happened yet.
The '95 Black light  I have to assume was a replacement for the Denali/Dhaulagiri size touring ski.   It is a slightly different shape and rocker.  And will obviously ski a little longer.  But a 177 aint gonna ski very "long" at any time.   Either way I wanted a pair.  Just wasn't willing  to fork out $750 for the experience.  As I said I have plenty of skis.  BackCountry.com was running them on sale this week.  $599 for a pair.  I bought in.
Dynafit Blacklight 95 Ski - 2022 (backcountry.com)
The Black Light I'll mount with race bindings and ski hard.   Should be fun to give some feed back once I get them on snow.
Skis?  I am still looking for the magic ski that rules them all for my purposes :)  The stoke is back!
Posted by Dane at 1:53 AM

Cool to see new posts! This had a ton of helpful info back in the day and definitely interested to see/hear about what you've been up to and what you have to share.

Great surprise to get an email with an update from you Dane. I'd wondered for a few years what you were up to.... and now a blast from the not so far off past!

You have been a source of info and inspiration, and I never thanked you for this. Huge thanks now! I'm interested in whatever you post about your life :-)

Thanks Alex! I have a few fun things planned for the winter. Hopefully we all do!