You decide for yourself which ones are important to you.   Just make sure none of them are the monkey on your back. 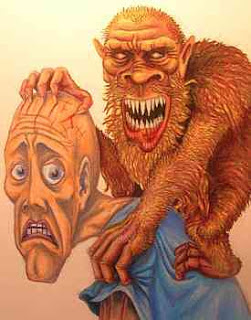 Cold Thistle is about the alpine stoke.  But it is easy to get stuck on gear.  I have failed on a lot of climbs and actually succeeded on a few as well.   Still, way more failures.    But I have NEVER failed because of a lack of or the wrong choice in gear.  Weather maybe?  But generally it was simply a mental error some where along the line from planning to a lack of will in the final execution.

Only takes one real shitfest in the mountains to realise what ever the bad choices you made they weren't worth the time and money you saved.

Newbies can learn.  Just takes an open mind.  The ones that already know all the answers seem to get stuck more often than not.  Or get even less done.

I found this comment several weeks ago on an Internet forum.

An observation was made:
"So not only do you buy used but generally from climbers who don't have the funds or may be the experience to buy the best or the most useful in the first place?"

Q: Do you plan on climbing in it?

Q: If the jacket is only going to get used occasionally or sit in your pack then things like collar height, type of wrist closure, pocket orientation, or some new down treatment will make no difference to you


There are times when the only real concern is the price you pay.  That kind of economy never seems to end well in the long run.  Applied to alpine climbing it might well be painful.

Climbing (especially alpine climbing) is a thinking man's game if you are to be successful.   Nothing that you use or put on is more important than what is between your ears.  Nothing.   A reality check on that particular space is a good place to start when sorting gear, getting in the car and again when you lace up your boots.  Because the reality of it is "everything matters."
Posted by Dane at 10:42 PM

Your post's timing couldn't be more perfect. Last weekend I climbed a rock route, some 20 pitches, perfect sunny 10°c weather. The detail are unimportant but the last 5 pitches we failed upwards. As you said, a lack up planning. We toped out at nightfall and slept in a cable car station. And now I was very happy to have paid a few extra bugs for gear that made the night just a little bit more comfortable.

Ha, ha! The unplanned bivy in the tram loo? btdt too many times myself. A right of passage and one of the better pass/fail tests in so many ways isn't it?

I'm not so sure what we passed and what we failed exactly but I'm kind of happy that it happened.

Say, you wouldn't shed some light on your experience with (emergency) bivy gear, would you? (-: